Getting out of Wrightwood was harder than it should have been.  First there was breakfast, and then second breakfast to be had.  The cinnamon rolls are not to be trtifled with.  Then I discovered the bus schedule is merely a suggestion, as the bus can be diverted if you call ahead.  I started hitching, and because the Trail provides, not only did the 3rd car stop, but Tony was nice enough to hitch me all the way into Victorville, right to the car rental place.

Driving around, I found a few non Spanish radio stations.  When did I become an adult? 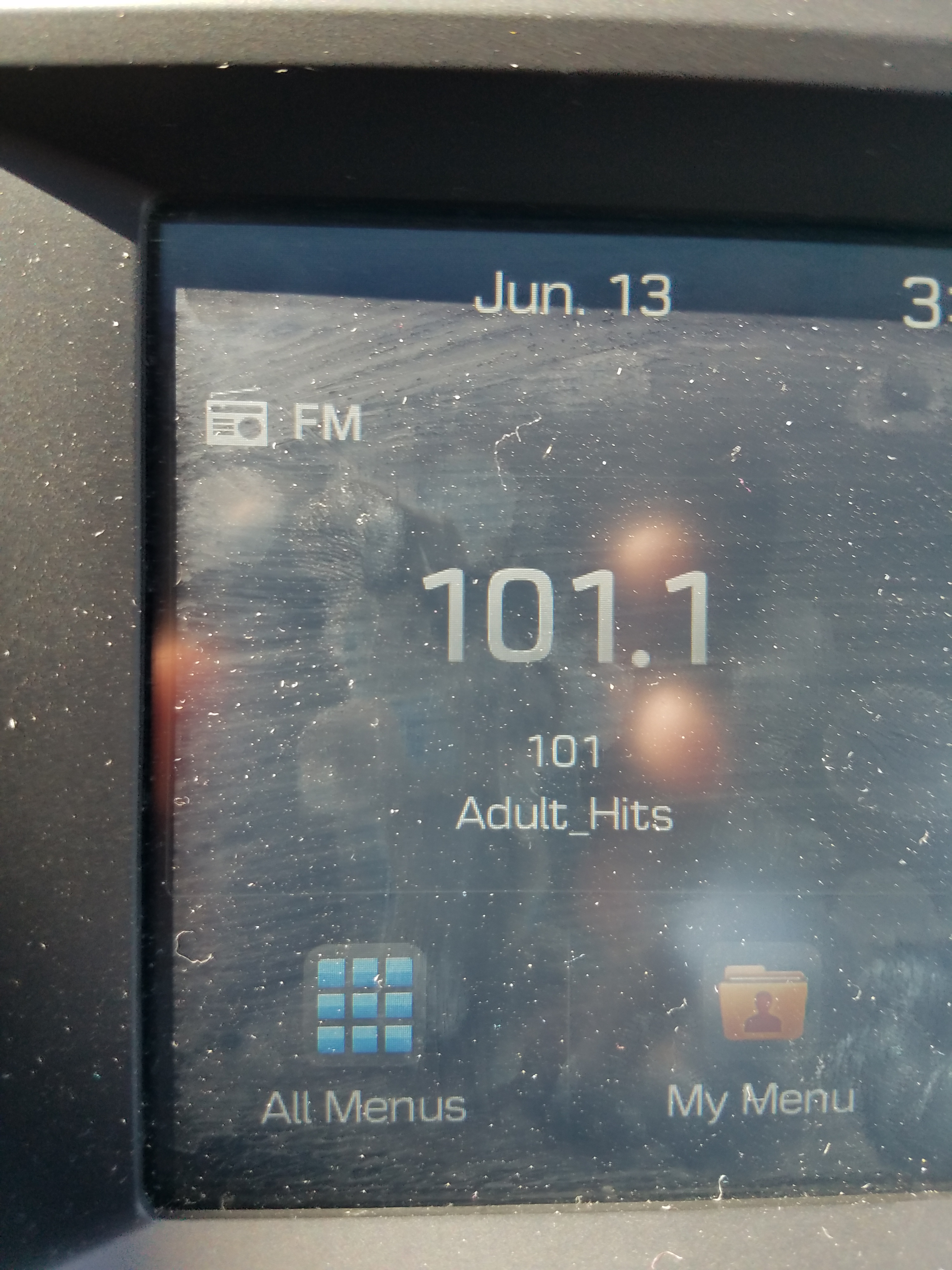 What a difference between Wrightwood and Victorville.  I recalled the moment in the Lord of the Rings, where Sam and Frodo first gaze out over Mordor:  It was a land defiled, diseased beyond all healing, save the Great Sea should wash in and cover it with oblivion.

The land is dotted with abandoned shacks, RVs, and old dead cars, as if the people who moved here took their cue from the seasonal deluges coming down from the faraway mountains; an explosion of unsustainable growth, followed by an inevitable die-off.  Depressing.  Alternatively, you could see it as a sign of perpetual optimism – this time the boom won’t be followed by a bust.  Ah, California. 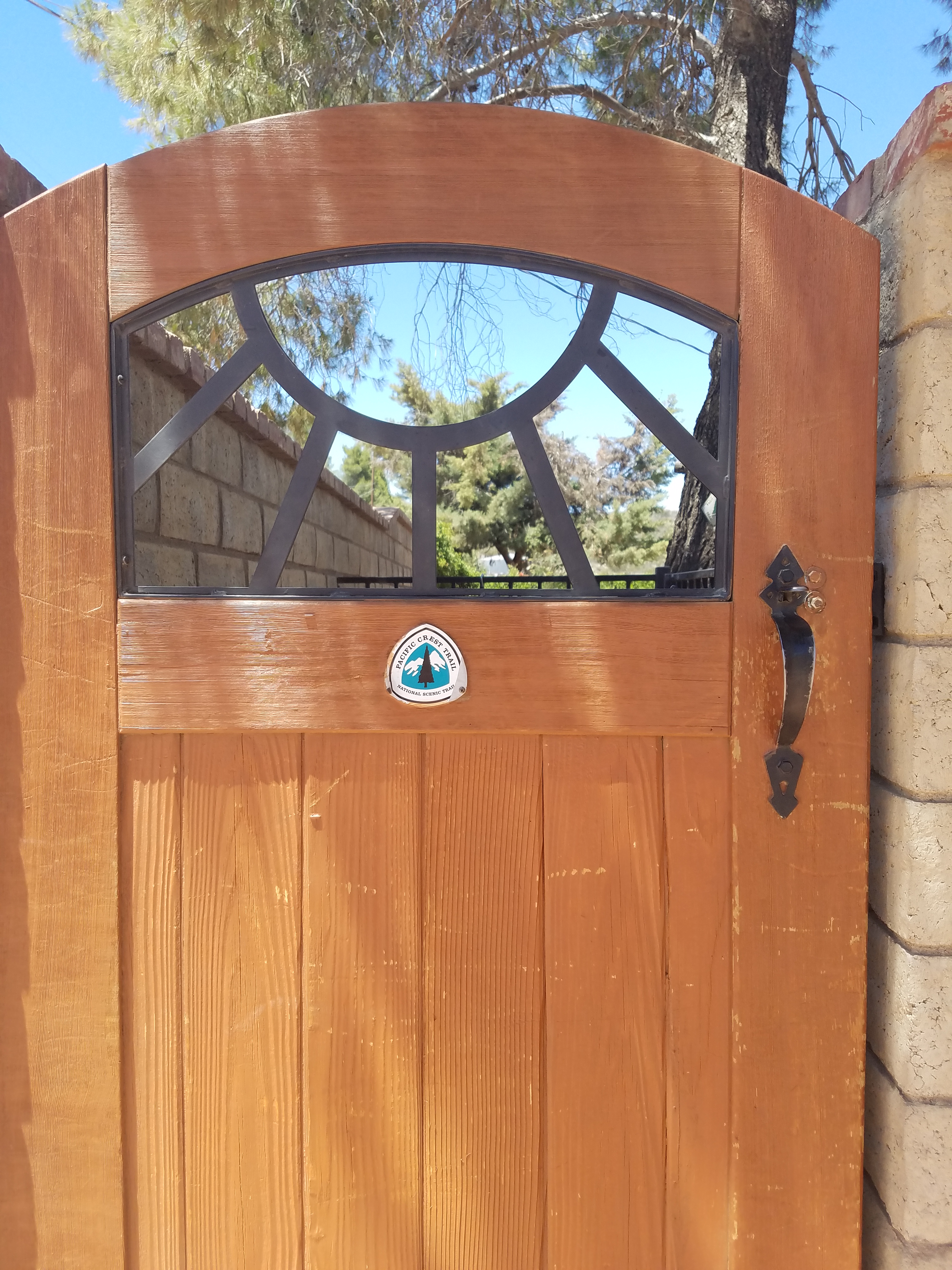 I first hit the hostel in Agua Dulce, to thank the owner for holding my maildrop, but there were only a few hikers and overheated dogs laying around.  Not the 70 people/10 portapotty crowd from the earlier bubble of people.  Nearby, Vasquez Rocks needed exploring, even with the broken foot. 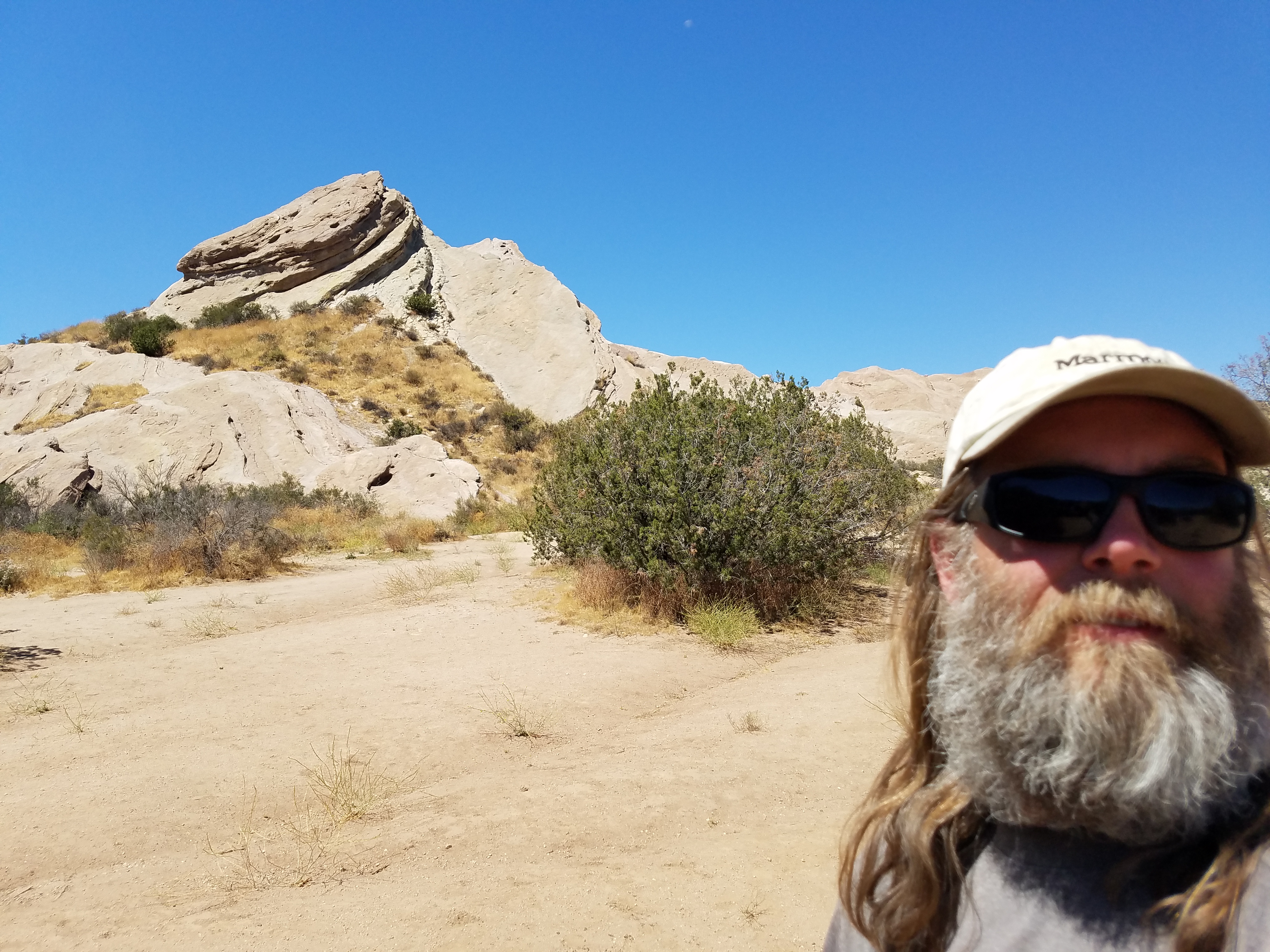 An hour later, I was safely moving back to the higher desert, less touched by human hands.  After going through a massive wind farm, I ran unto a pair of hikers, JUST as they got to the road, oddly enough. 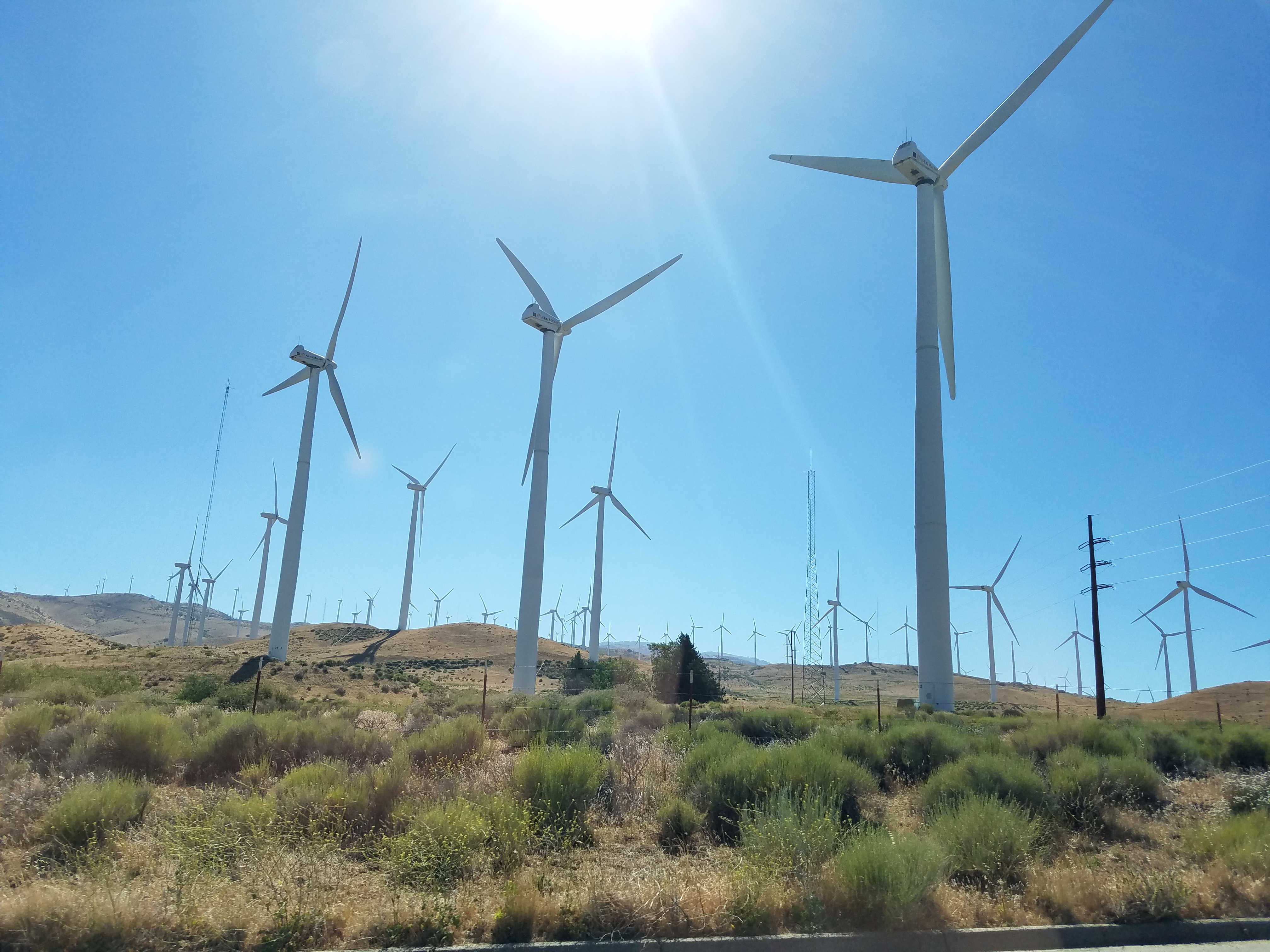 It’s weird how often that happens, on either side of the hitch.   Drove them to Mojave and their hotel.  They remembered me from Paradise Cafe (mile 151) … because of my beard!  Once, on the AT I had someone proclaim me the “phattest beard on the Trail”, it’s nice to see I still have it.

Getting to Tehachapi finally, I found the airport campground, literally ON the airport, as in, watch for planes while you walk across the taxiway to the camping area.  Not bad for 5 bucks, except the part where the sprinklers run from 8 to 10pm, and the freight trains which roar throhgh Tehachapi all night.  On the plus side, my tent has now been demonstrated to be waterproof.  Met a bunch of other hikers, including Marble, who was proud of his 40 zero days to date.  A zero is a day where you do no hiking, typically involving lots of food and beer and laundry.

A dinner scraped together from hiker box leftovers, and I was in for the night.

A hiker box is a box of stuff/food that others don’t want, and often karma arranges things so that you find what YOU need.  There’s a lot of junk, too, but a lot of good stuff as well.  Some people have gotten the majority of their gear, including food, for free this way.

Wednesday will be Sequoia and Kings Canyon NP, and Thursday will be trail magic day and hopefully a reunion with my first trail family.