After a terrible night listening to trains, I got up and out before the park sprinklers came on.  Following my phone, I descended into the hot, brown haze of Bakersfield and the Central Valley.  As someone once said, “It’s a good place to stop for gas, but not much else.”

It was like driving into the past, amidst oil wells I saw signs for Teapot Dome (remember 9th grade history?), and Tulare county, with its endless fields of grass, wheat, oranges, and solar panels.  It must be time to read The Octopus again.

Several thousand feet up past overflowing reservoirs is the Sequoia and Kings Canyon National Park (SEKI). 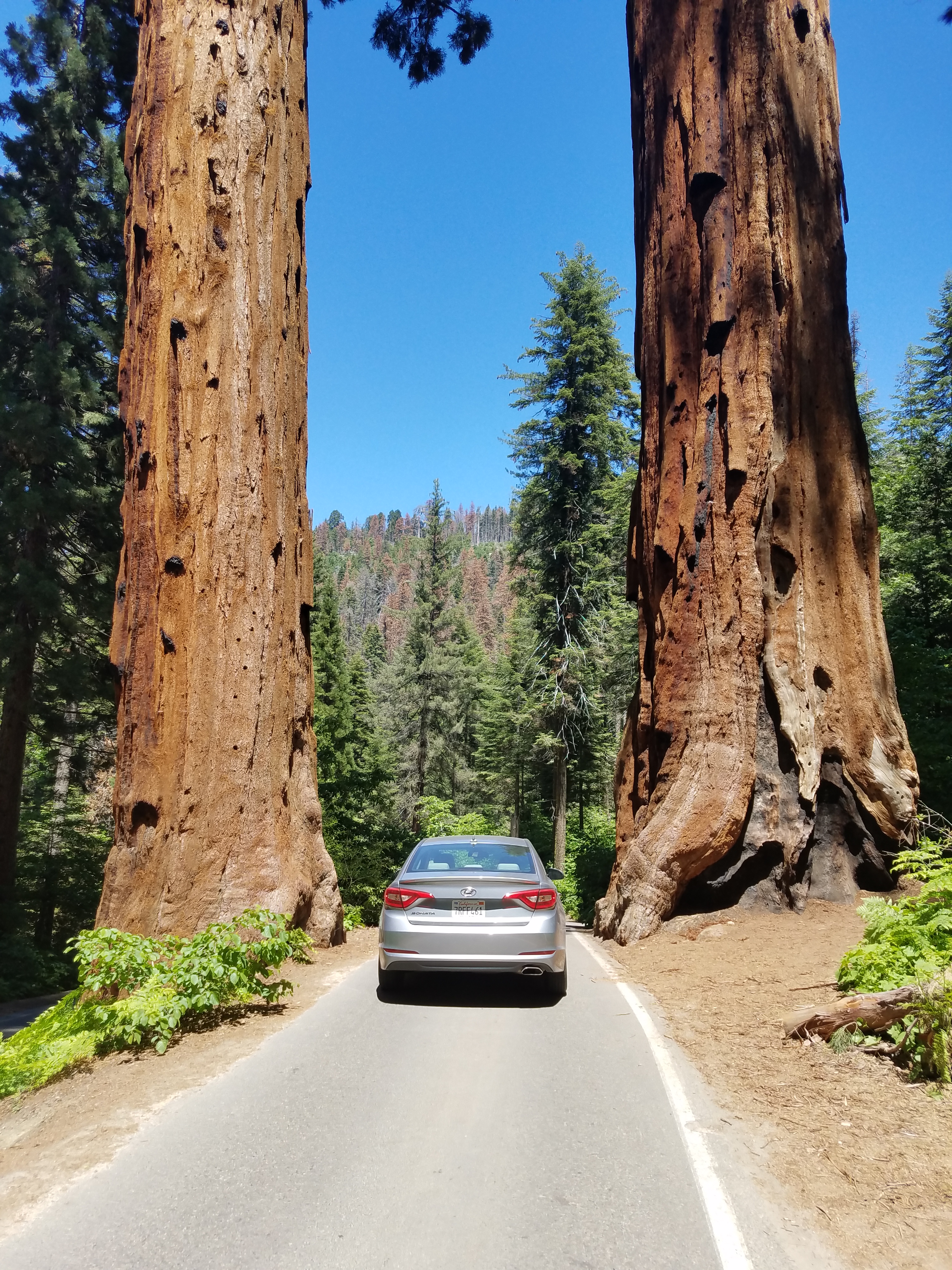 The trees are MASSIVE, not as tall as the coastal redwoods, but the biggest.  I’ve now been fortunate to have visited both the tallest and the biggest trees in the world.  Thanks to the shuttle buses, walking was kept to a minimum, just 1 short, hobbly walk.

Zoom way in to see the people, to get an idea of the scale. 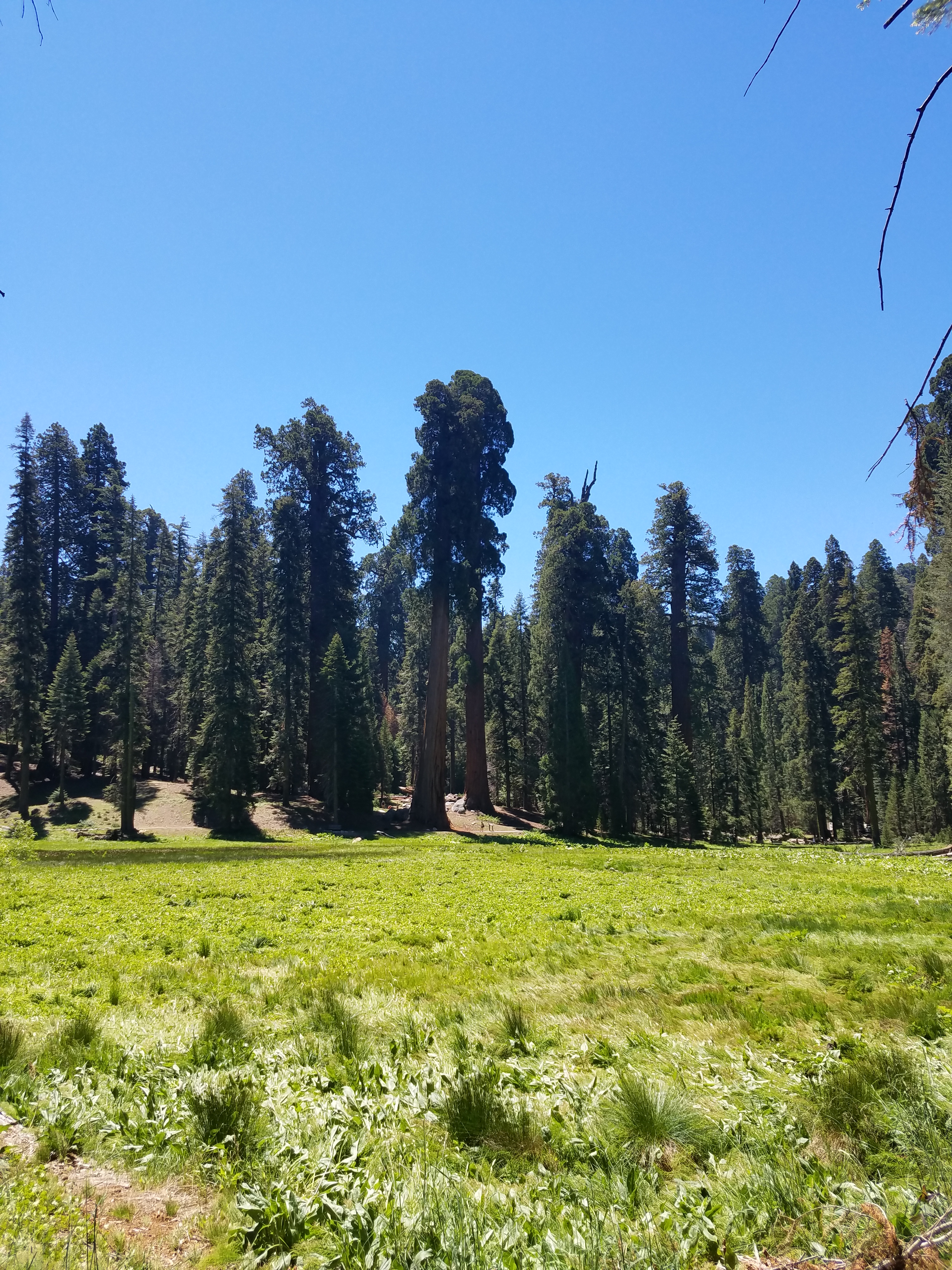 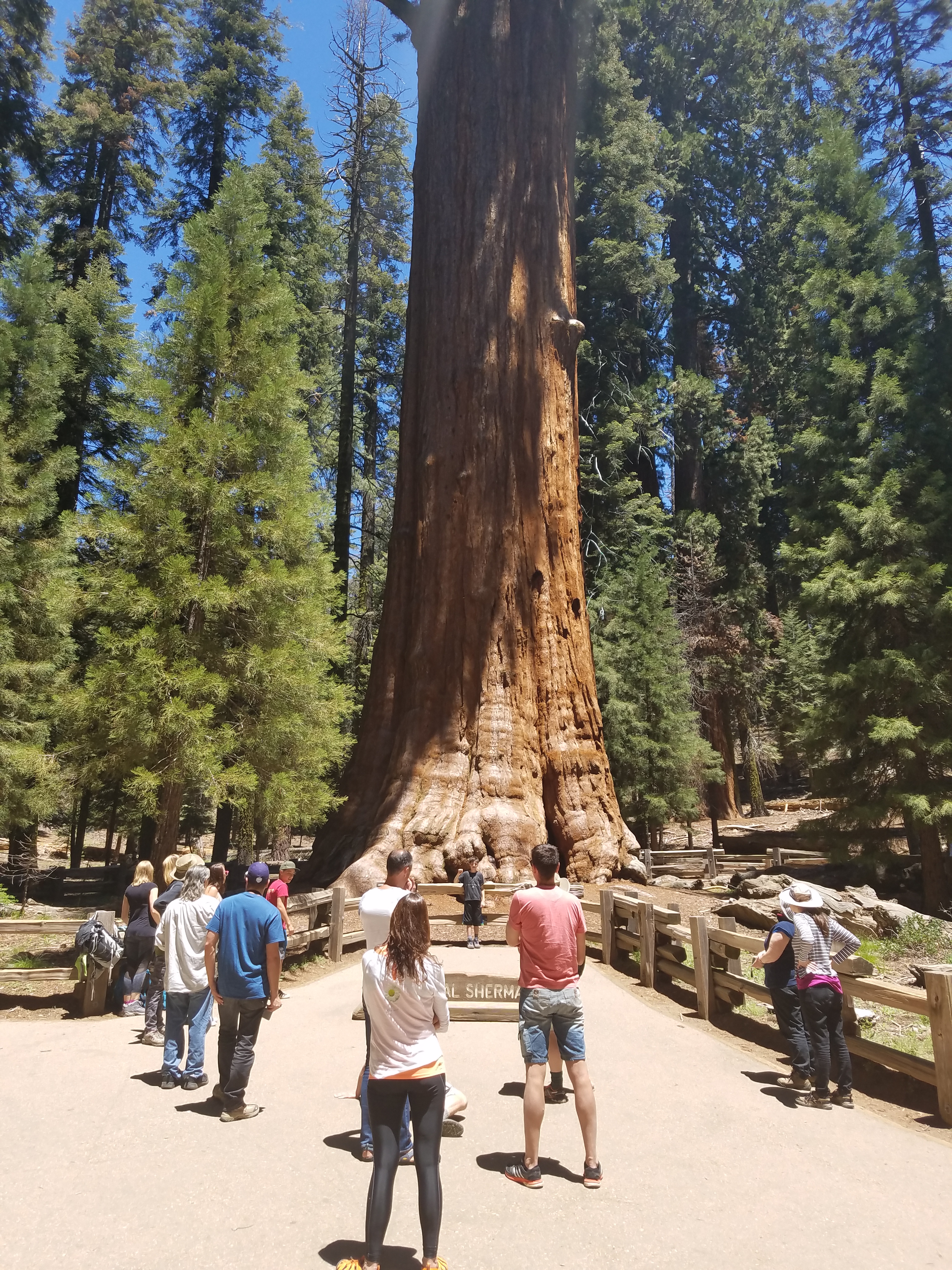 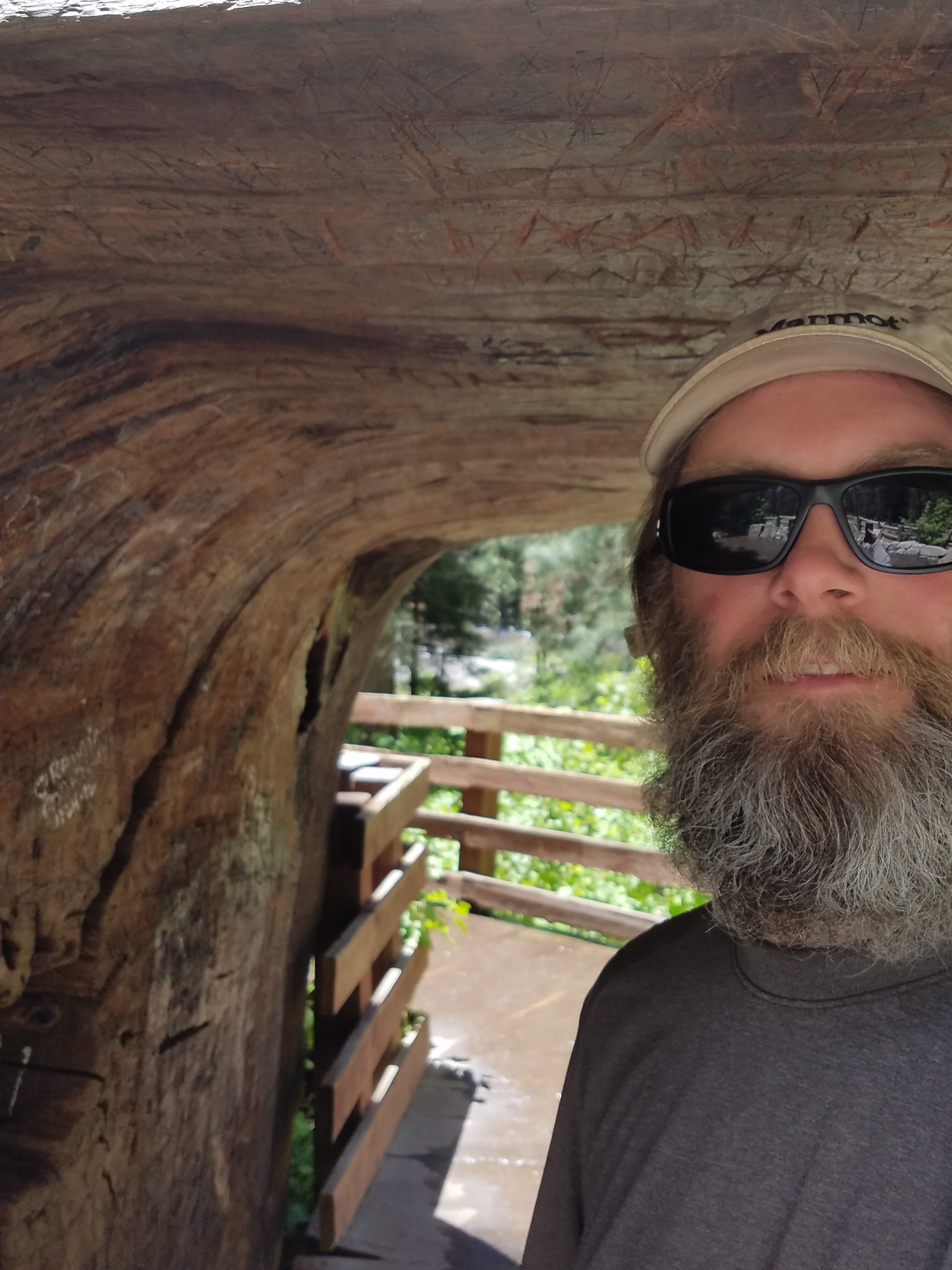 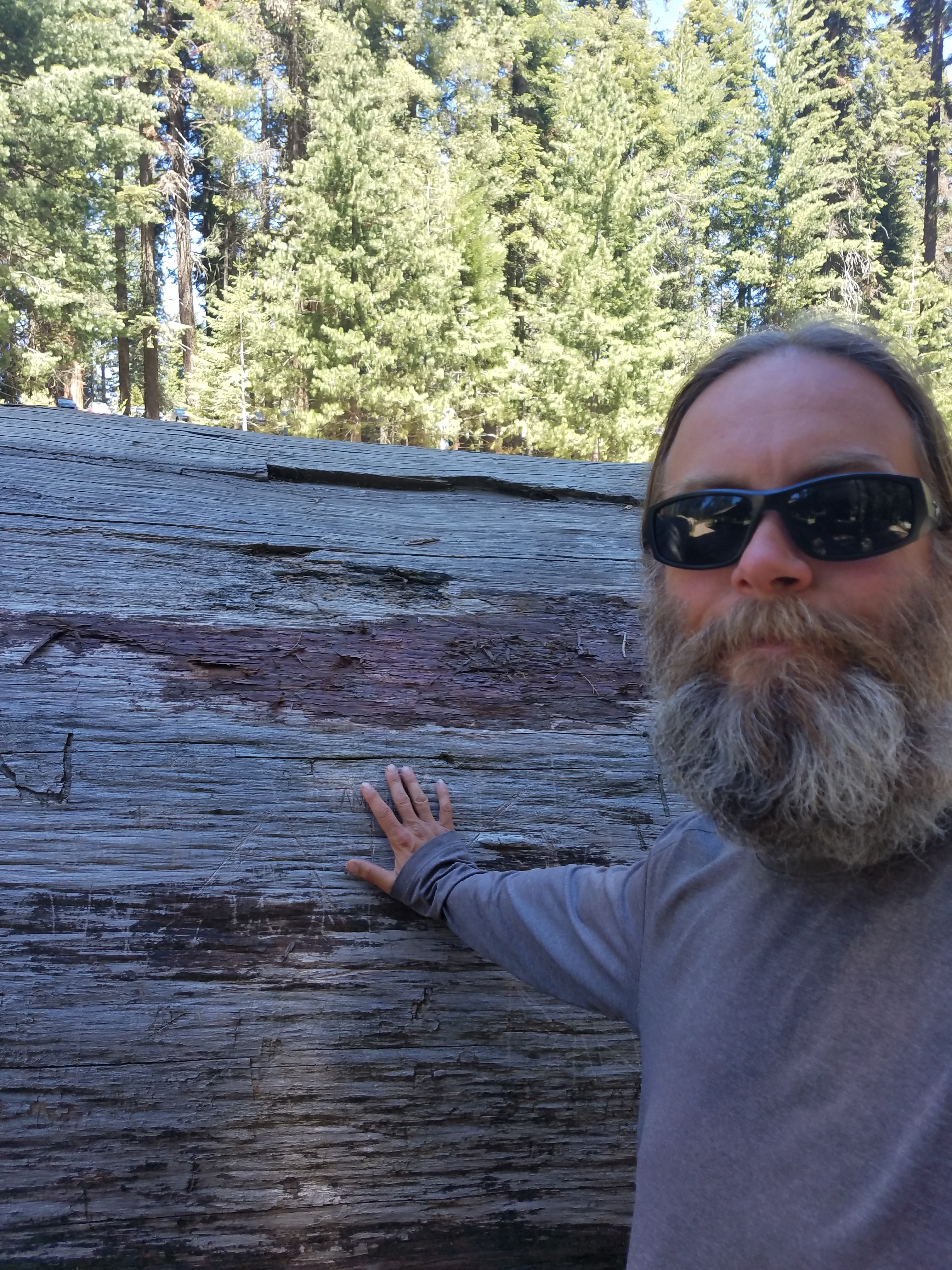 Back to the airport park for dinner, where I again bumped into Peacock & Shine, who made these crazy grilled veggie wraps on the barbecue.

I hitched Peacock & Shine back to the trail, and on the way we picked up another, Beave.  I hung out there for a bit with some drinks and snacks, and shortly my old Trail Family showed up, Aaron leading the way with Larry bringing up the rear. 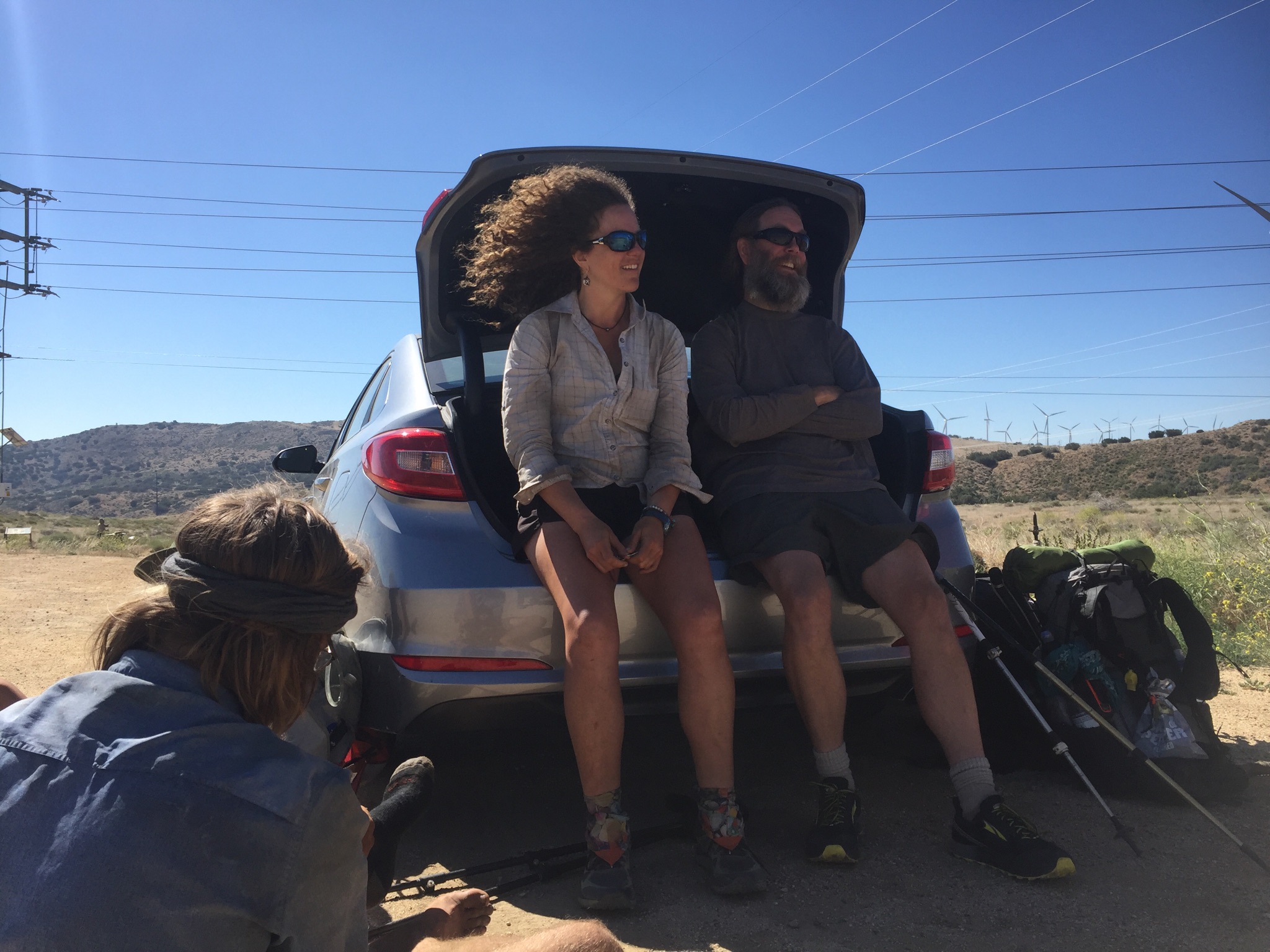 Since I was there anyway, the next group of 4 lucky hikers who rolled up got an instant hitch.  Back in town, in no time they were eating waffles by the pool.

A few hours later I was back to the road, hitching everyone in from Rt 58, aka mile 566.  We spent the rest of the day catching up, shopping, drinking beer, and eating pizza.  Eventually it was the kids’ bedtime (hikers are on a diurnal clock and run out of gas early), so Uncle Ed went back to his table in the airport park. 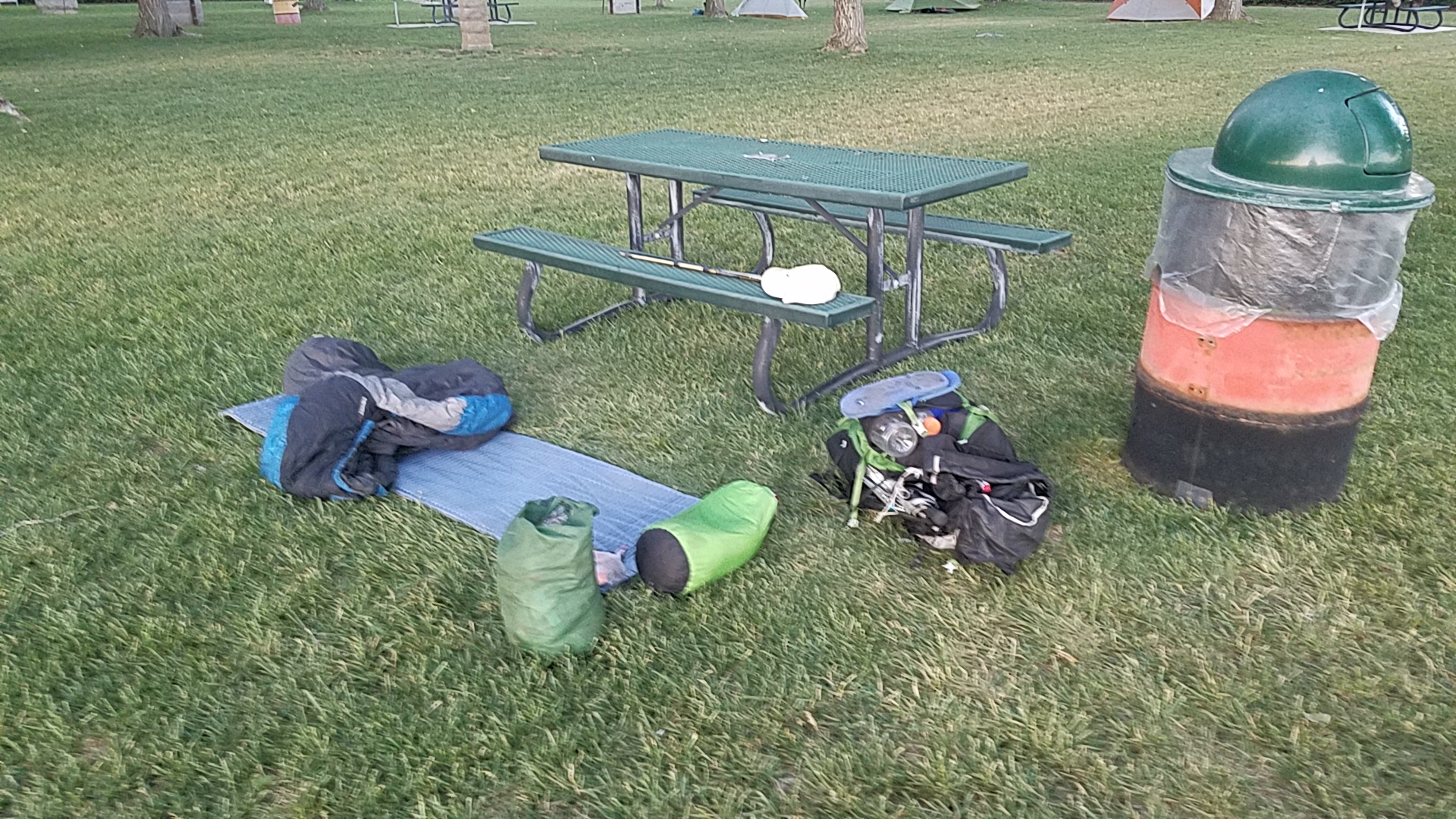 Today we have more errands, and then the other crew is getting here from their Vegas trip, assuming they can get out of bed.  It will be good to see them again, then I’m off to the coast, whistling old America tunes.