(Originally posted on The Trek)

As I mentioned before, I’m at the final kitchen-sink phase of packing for the hike.   The last few bits and extra things that might come in handy; spare hair elastics, for instance, or a silnylon pouch to help organize all my foot-care stuff.   I’ve made some changes to the overall pack, and while I could leave well enough alone, I’m using some of the weight savings to include comfort items which I feel will help me along the way.   Some would argue this is “packing your fears”, but I would counter with “Plan Ahead And Prepare”, and or “Be Prepared” from my old Boy Scout days.

My first comfort item would be ridiculed by the Ultralight crowd, as it’s purely cosmetic and adds a whole ounce.   It’s my first aid kit, and instead of using a ziplock bag, I use an old tampon case I found in a hiker box at a (now closed) hostel in Hiawassee, GA.   There’s a silliness factor to it which makes me chuckle every time I use it.  It’s been with me since 1999, and I like having it along.   It weighs a tad under an ounce, versus essentially weightless ziplock. 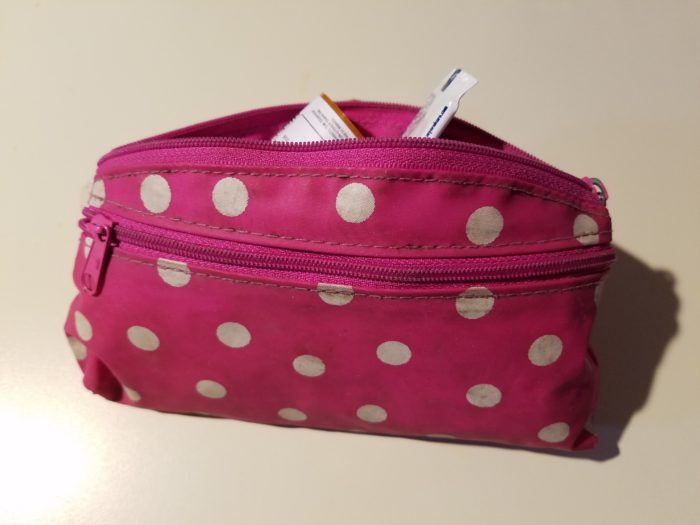 This year I’m taking a watch, so that I can shut down my phone completely at night, and not use it as an alarm clock, or constantly check it when I can’t sleep.  I’m also bringing a pack thermometer.  It’s only 1/2 an ounce, and I’m carrying it because I’m interested in just how hot the desert is.  Because I’ve only done limited hiking in the desert, it’s still interesting to me, scientifically.   Who knows, both might end up in a hiker box. 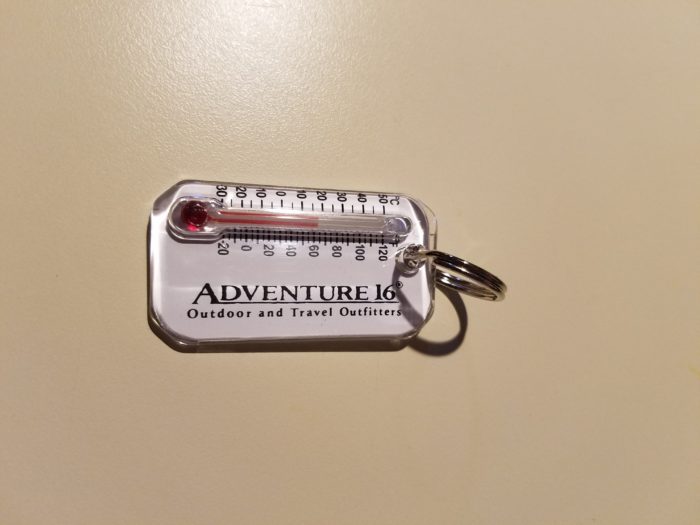 There are many like it, but this one is mine.  It’s a Christmas gift from a few years back.   It weighs an ounce more than the current hipster Spyderco Amazon Chinamart special that’s probably the rage with the UL crowd.   I’ve also used it long enough to know how it works, and I’m the safer for it. 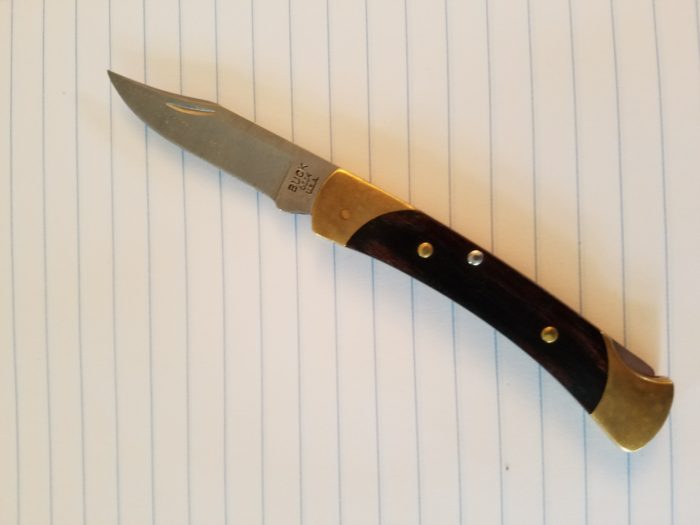 Last year I famously ended up with a “foxtail” embedded in my foot.  To help avoid this, and to avoid walking on pointy rocks, I’m bringing along a pair of hiker box sandals I picked up in Idyllwild last year.   There are great hiker boxes in that town, especially at the State Park campground.   Seven ounces, so we’ll see. 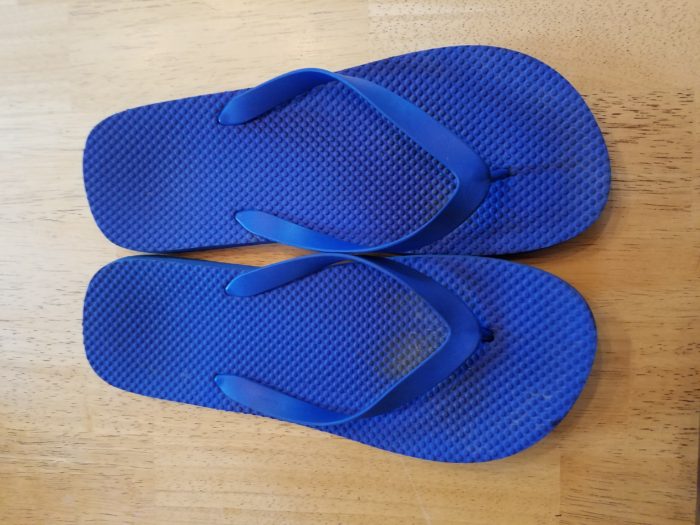 I hate sunblock, and I want to avoid going all cancery, so I cover up.   I wear long pants and long sleeves in the desert.  Taking a page from the people who live in deserts, you mostly see them wrapped up, in layers.   On this front I’m bringing a few things; my Chromedome umbrella, and a shemagh to wrap my head/face/neck.   Another 14 ounces between them – but that’s less than a pint of water.   I suspect that the combination of the two will help me conserve more than that per day.  At least that’s the gamble – or if not a full pint, I might be more comfortable all day long.   Having energy at the end of the day helps avoid injury, helps you find the right kind of Leave No Trace campsite, and keeps your mood up. 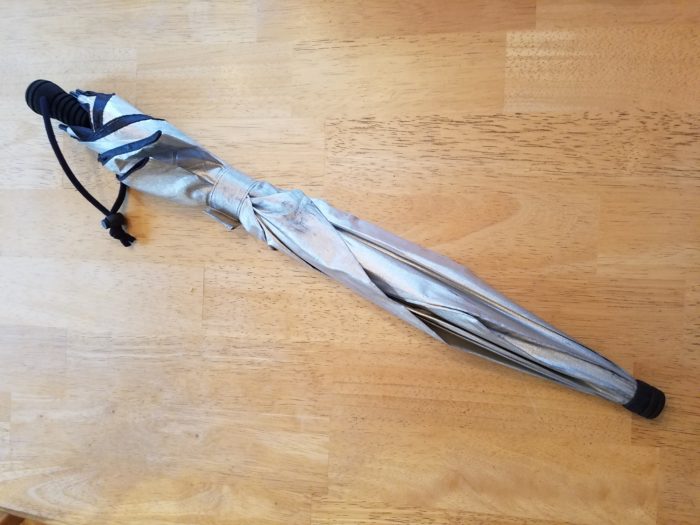 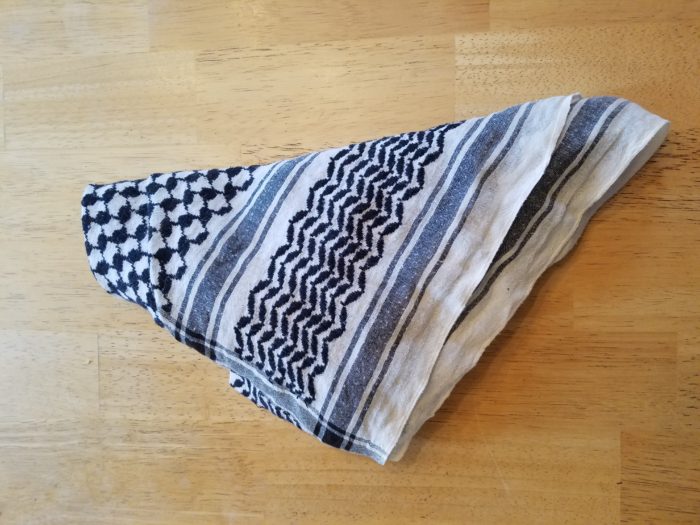 I’m still lighter than last year, so I count all this as a win.   To me, it’s a case of hiking smarter, not harder.   It’s also an investment; the payoff will be that I’m hiking stronger, faster, and having more fun.  The same logic applies when you’re lightening a pack; an ounce here and an ounce there add up to real savings.   This is just the reverse, bringing a few trinkets along to make everything else easier.