I’m volunteering for the URI Wildlife and Genetics Ecology Lab on their 2017 survey of wild rabbits in RI.   We’re looking for signs of the native New England Cottontail, a species pushed out by both Eastern Cottontails (the ones you see everywhere, even your yard) and by loss of habitat.  New England Cottontails need emergent forest to thrive, and with nobody doing forest clearing anymore, they’re losing ground to development and the gradual reforestation of old farms.   Believe it or not, Rhode Island is more forested now than ever – in the old days it was all cleared for farms.

I’m working a 200×200 meter square in the Nicholas Farm state management area in RI, a piece of land that was slashed a few years ago, precisely to create better habitat for the little guys.   Outside of a few seed trees (mostly oaks) the area is clear, but left covered knee-, and in some places, hip-deep in slash.   It’s tricky footing. 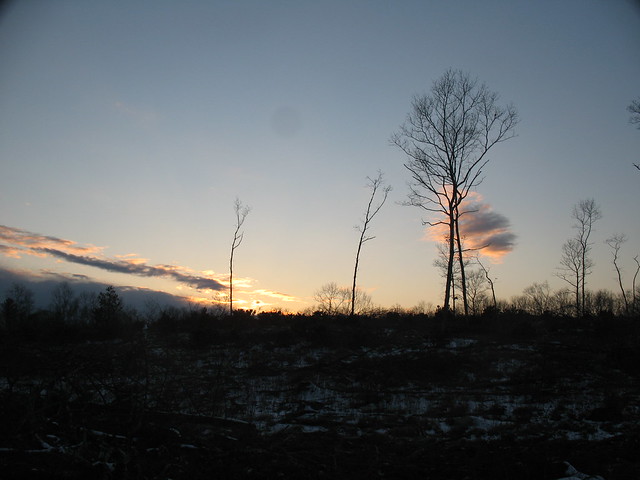 I walk 5 200m transects each time I visit, switching compass directions with each visit, observing and gathering any rabbit poops I find, to be dried, frozen, and returned to the DNA geniuses at the lab.  It’s important to know if the rabbits are the Eastern or New England variety. Additionally, we record any other tracks, ESPECIALLY bobcat, and get a feel for the level of deer pressure. 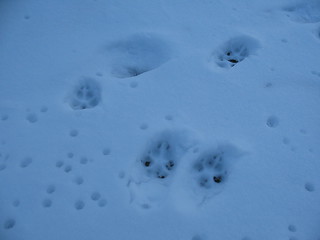 Because the farm is so recently cut, there’s so much slash the deer don’t invade; they don’t like getting their feet tangled up. 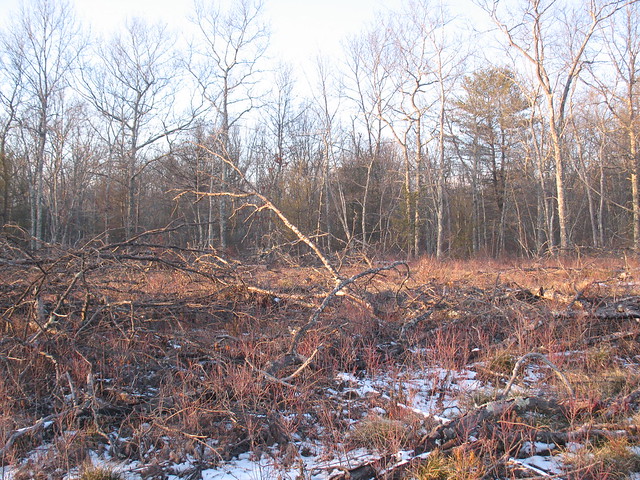 We can only collect the poop when there’s snow on the ground, and fresh snow, and before it melts or gets wet, so you have to be quick. The property itself is right on the North South Trail, aka my stomping grounds. What a difference from this summer! 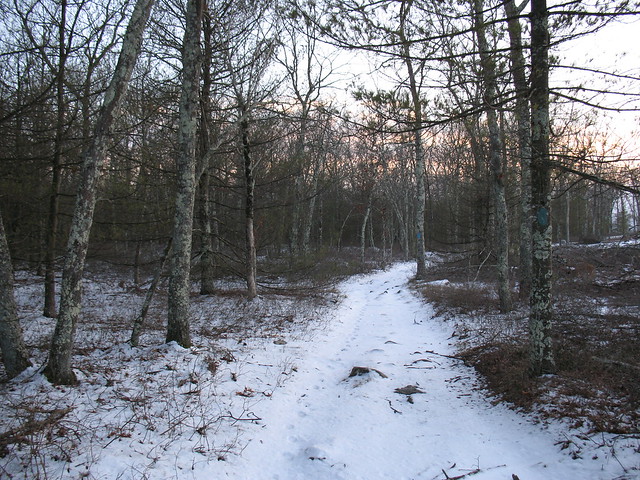 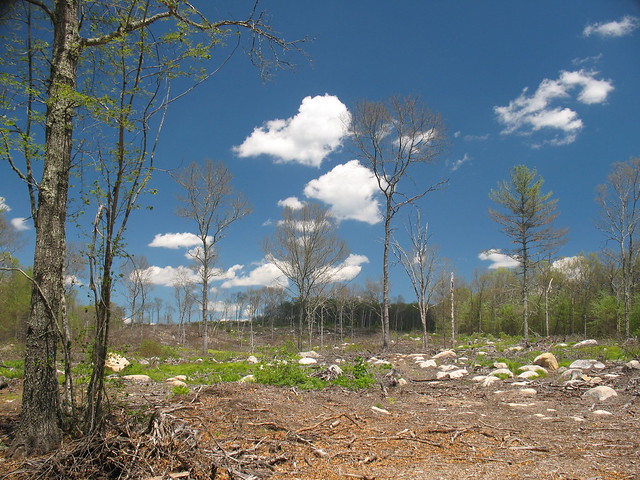 Who’s this handsome guy, walking 39 miles in a day-and-a-half? 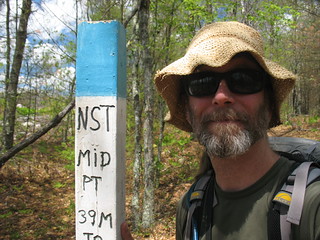 Today’s trip was a bust – no rabbit pellets to be found.  Depending on snow, there will be a total of 4 surveys this year, hopefully we find a few brave N.E. Cottontails!