As part of a plan to reroute the North South Trail onto Foster town Land Trust land, I spent some time on the southern portion of the property owned by Borders Farm.   Earlier I had walked the property with the farm manager, but wanted to come back and take some pictures, see some other sights, and bring the dog.

The reroute will allow us to get people off a ~1 mile roadwalk and into the woods, through beech, witch hazel and mountain laurel thickets, and over a few little streams.

We started on an old woods road; Mr. Borders had bought the property as 2 house lots and had perc tests done so that they could be sold if cash was needed.  Fortunately, the board at the Farm has decided to hold onto them! 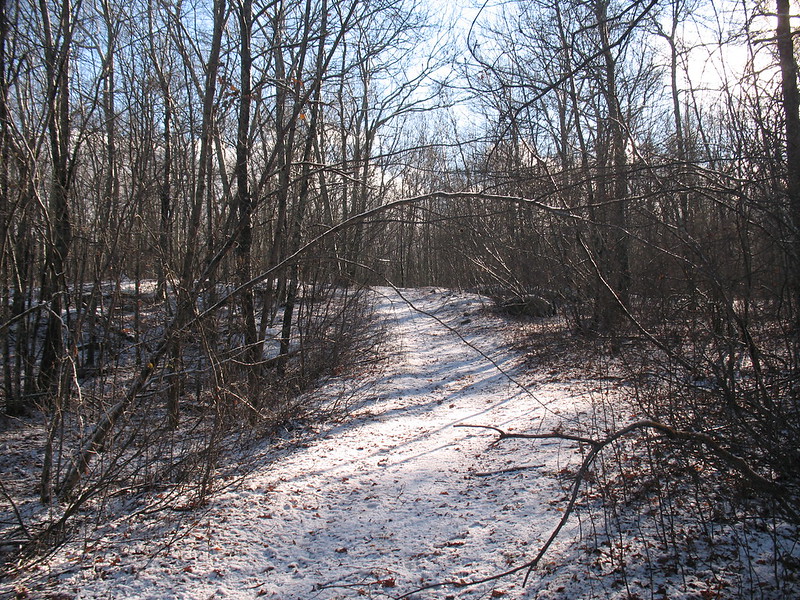 The road kind of faded away, so we followed some game trails, dead-reckoning south and west.  Eventually the bullbriar and understory filled in.   My hope was that the woods road continuned onward west along the property line, so that we could tie it in more easily with the separate parcel owned by the Land Trust. 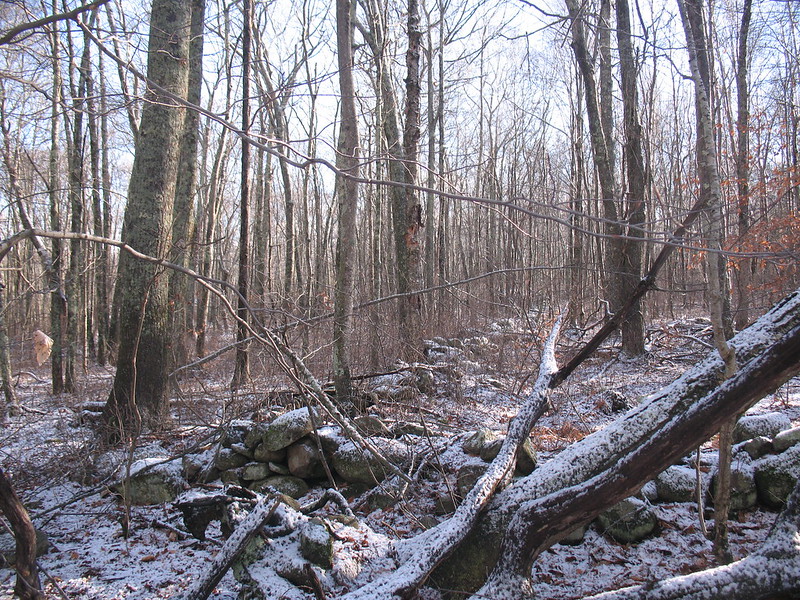 Returning to the car, I went around to check out another optional route for the NST, along the old abandoned “Central Pike”.  While there are houses on parts of it, a good section close to a mile long is abandoned, and passable only by ATV or horse, evidence of both we saw. 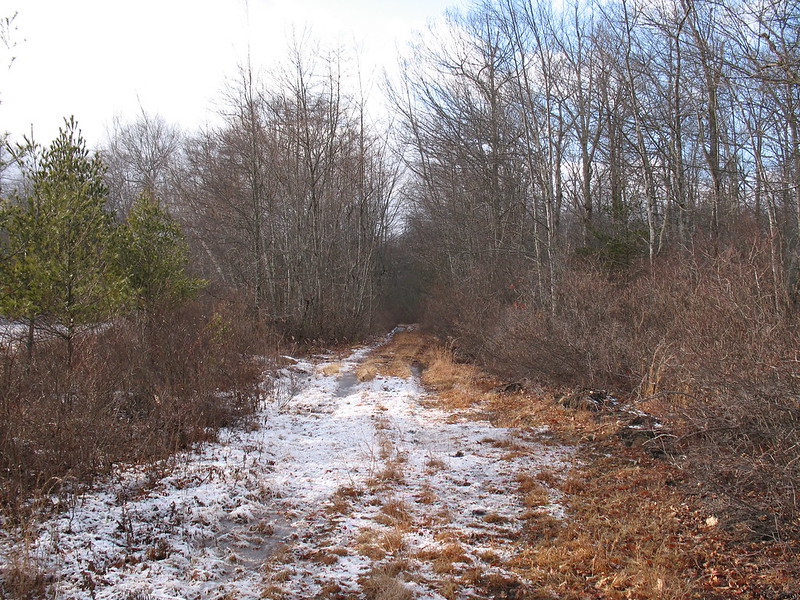 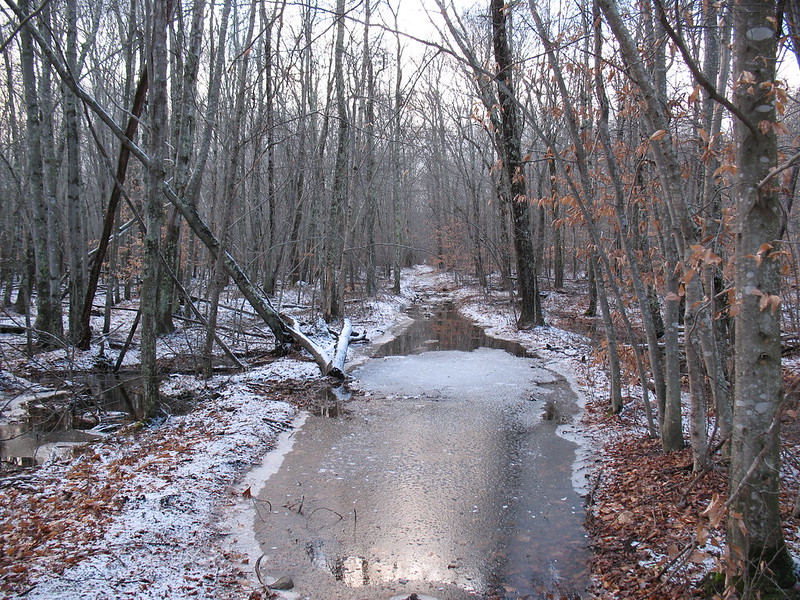 There’s 2 streams that cross it, and the dog was having none of it.   I didn’t blame him, it was about 30 degrees out. 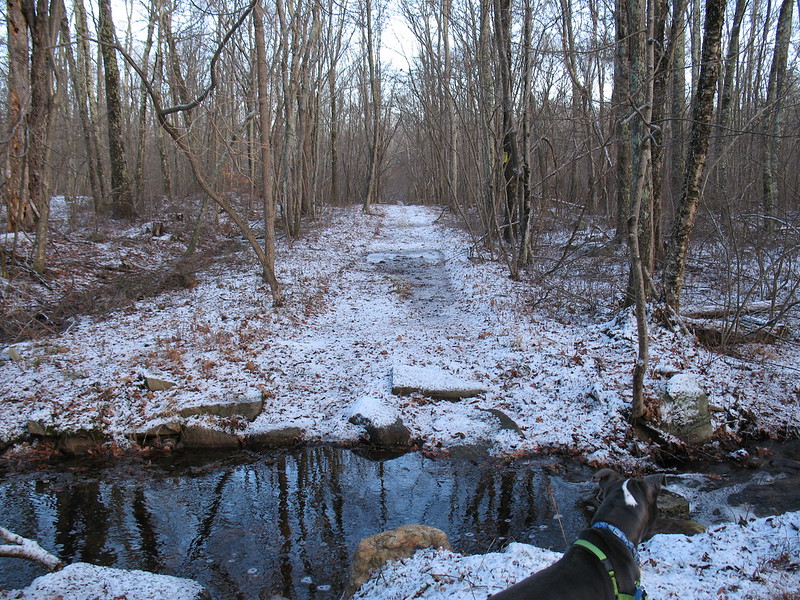 In the Spring, we’ll be working with maintainers of the NST to move the trail off the road, and break up the longest roadwalk on the whole hike.