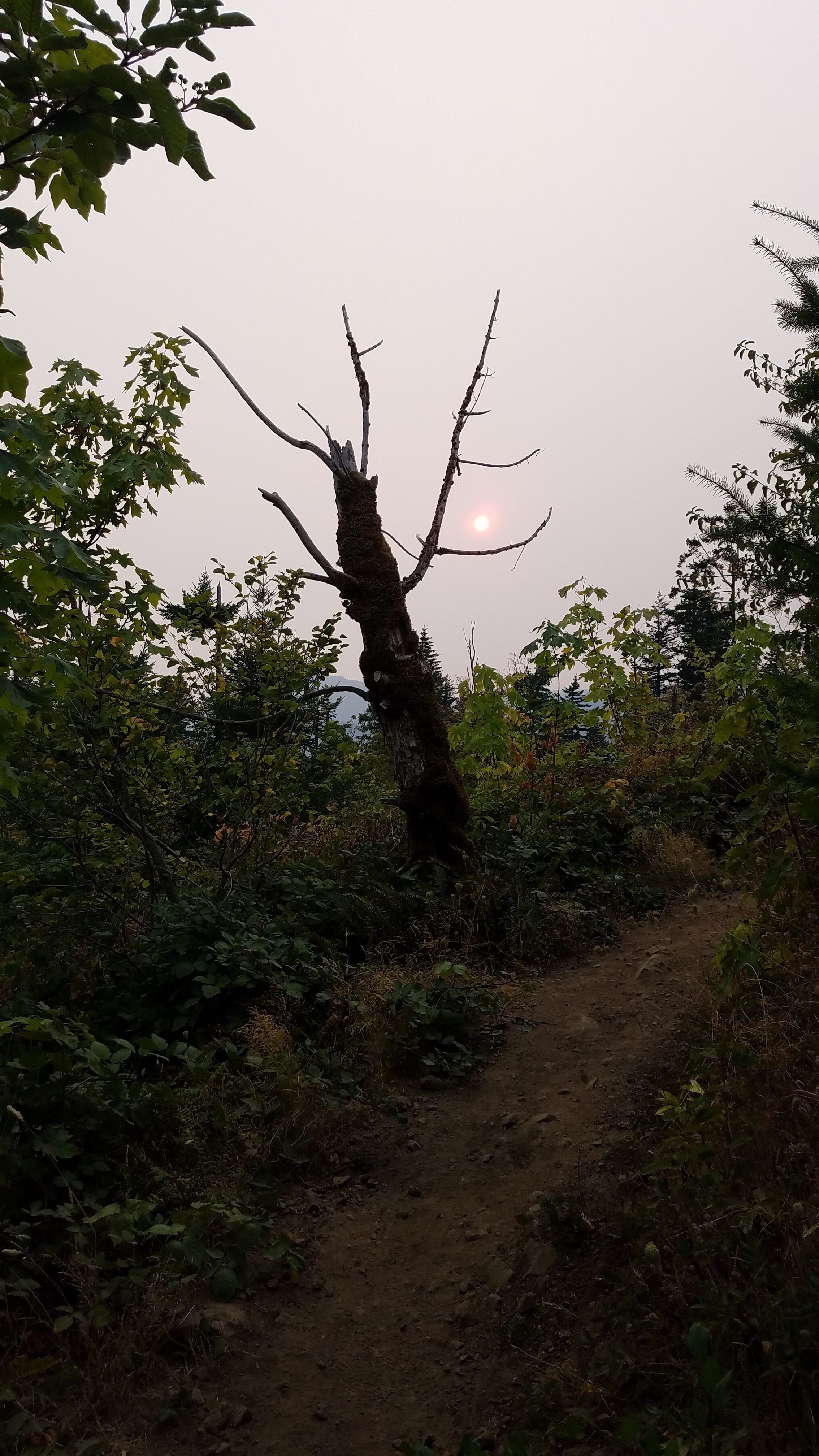 I spent $350 on food and postage for all of Washington. It’s a lot, but less than a dollar per mile. And nobody likes going hungry.

The famous Bridge of the Gods was a test of courage. It shakes in thewind and when cars drive by. Oh yes, and there’s no pedestrian lane. AND, its a grid deck, meaning you csn see water below you. “Don’t look down.” So of course, as soon as I thought that, I did. Mistake. 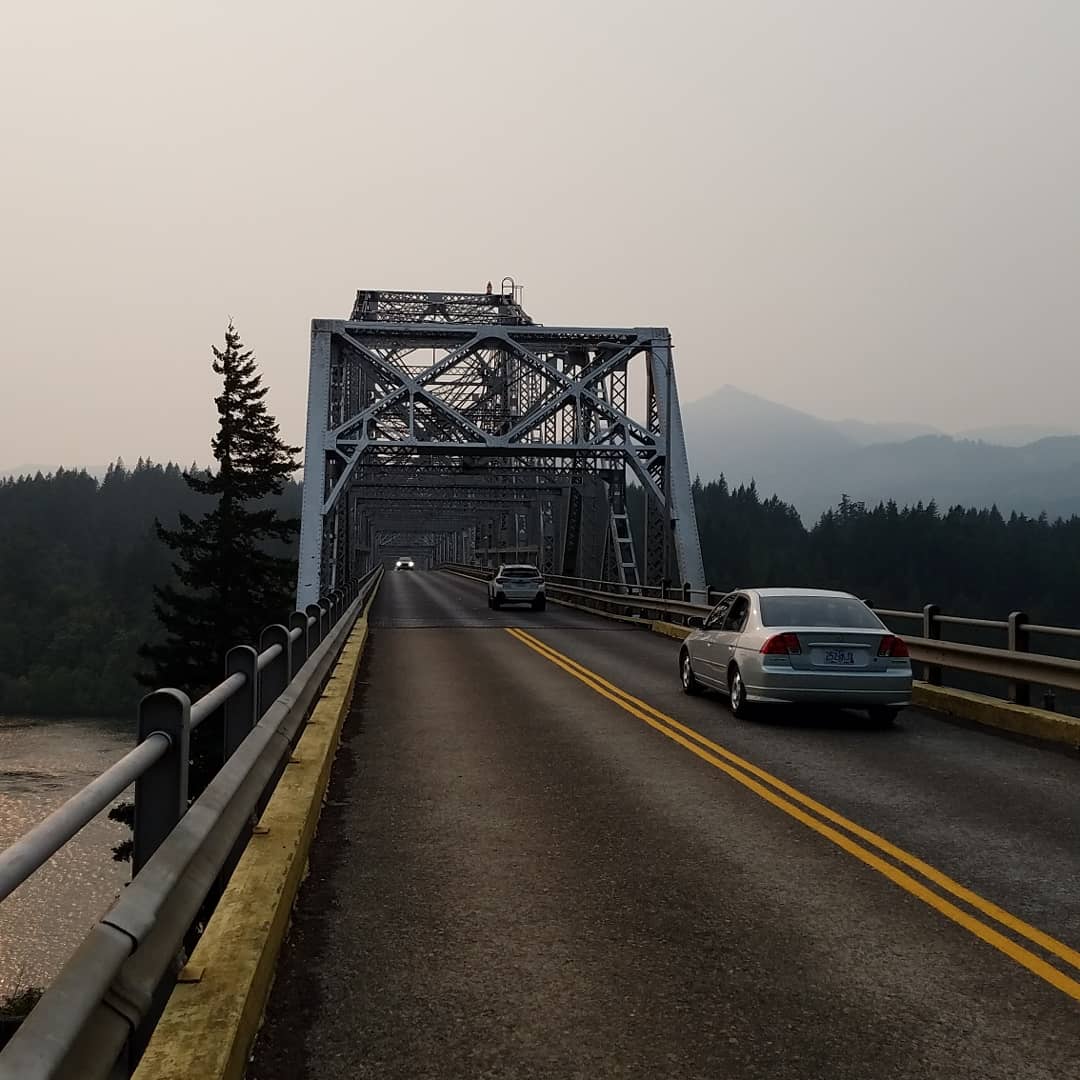 Everyone is trying to come up with a plan for the border. Due to fires, the PCT is closed for the last 30 miles, meaning you can’t get to Canada. It’s going to suck. There’s another couple of trails thst go to the border, but not the PCT.

This morning I was talking to this woman from BC. “Well, lets climb this mountain”, she said, and lit up her weed pipe. I don’t get it.

I spent the evening at Trout Creek, where a hiker was catching crawfish for dinner. Good eating, I hear, but it seemed like a lot of work. And they’re basically underwater cockroaches. Today was a long grind, with 6000 feet up and 5000 down.

Walking here, you’re either in the Green Tunnel or have a hazy view.

Met up with Buffalo again. Then I caught Wallet, who triple-zeroed PCT Days, and is hiking with a friend. Otherwise, I never would have caught him. We chatted for a moment, and then I said your beard is a bit bigger than last I saw. He responded properly with “yours is looking good as well”. It’s a mark of respect to compliment the beard. Hikers secretly size up each other’s beards. 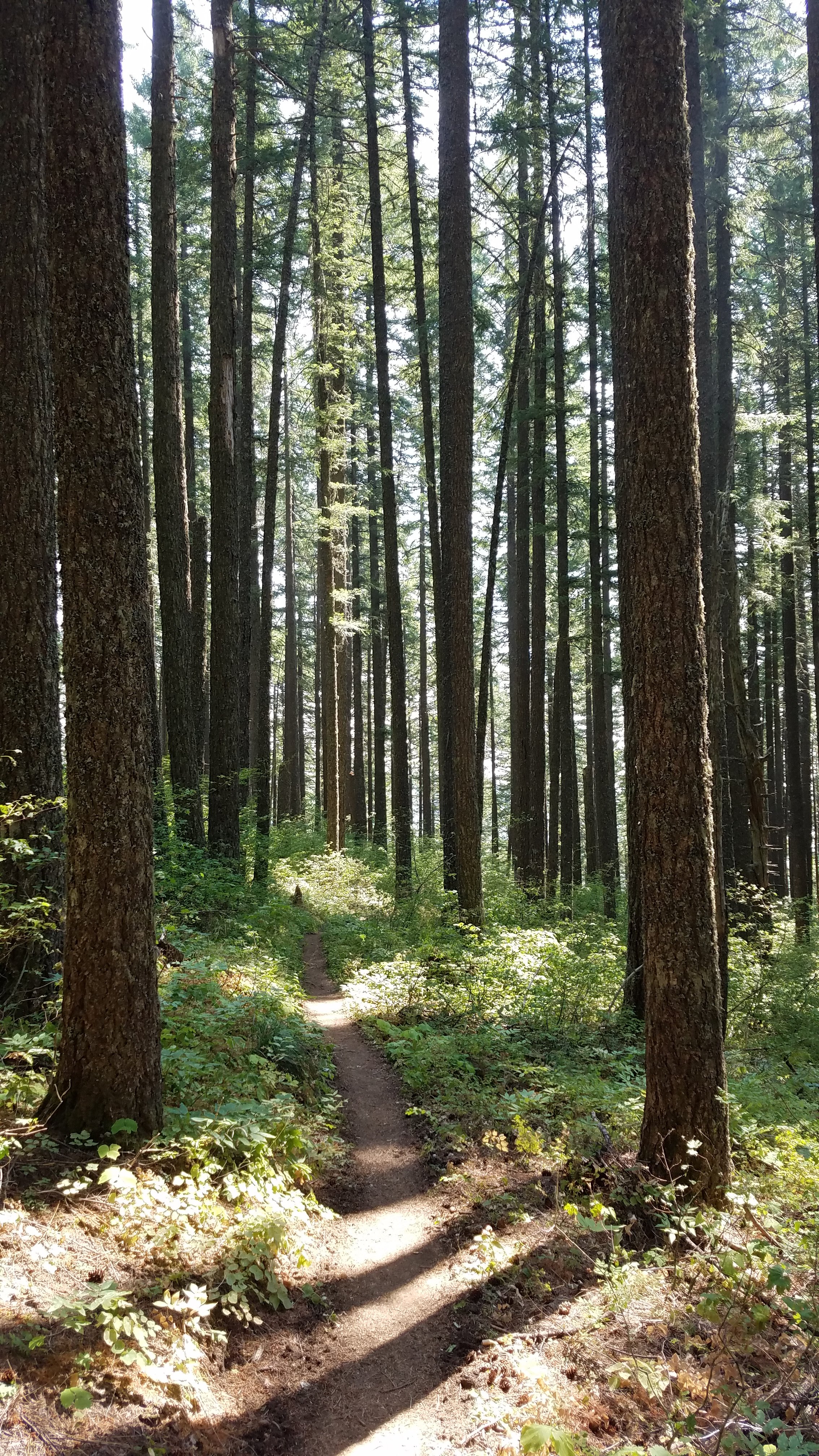 Still some volcanic stuff going on, after all, we’re right near Mt. St. Helens. Some cool cave stuff. 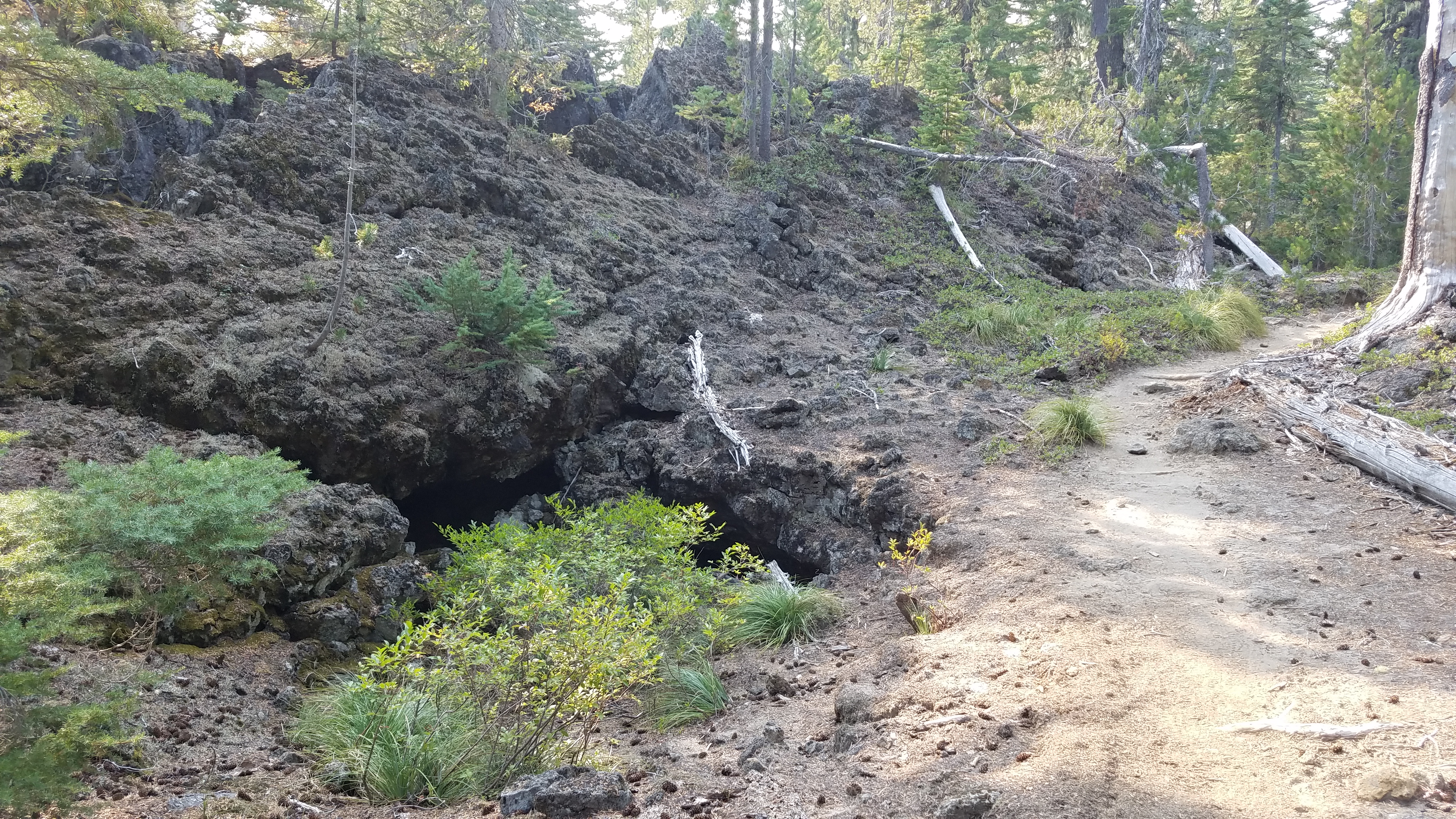 Washington is more hilly than I expected. That, combined with a good steady pace and a good schedule means that I can happily do low 20 mi days. This means that as I cross the 2200 mile mark, it’s only 7 p.m. and I get to stop and camp in a meadow.

While it would be great to tirelessly whiz along at 30 mi a day, I am letting myself enjoy what is turning into a remarkably short time before the end. Right now I am on pace to finish September 14th. While I don’t have to finish on any particular day, it would be kind of cool to finish exactly 5 months after I started.

The end maybe even sooner, as the northern section of the PCT looks like it will be closed for the remainder of the season. 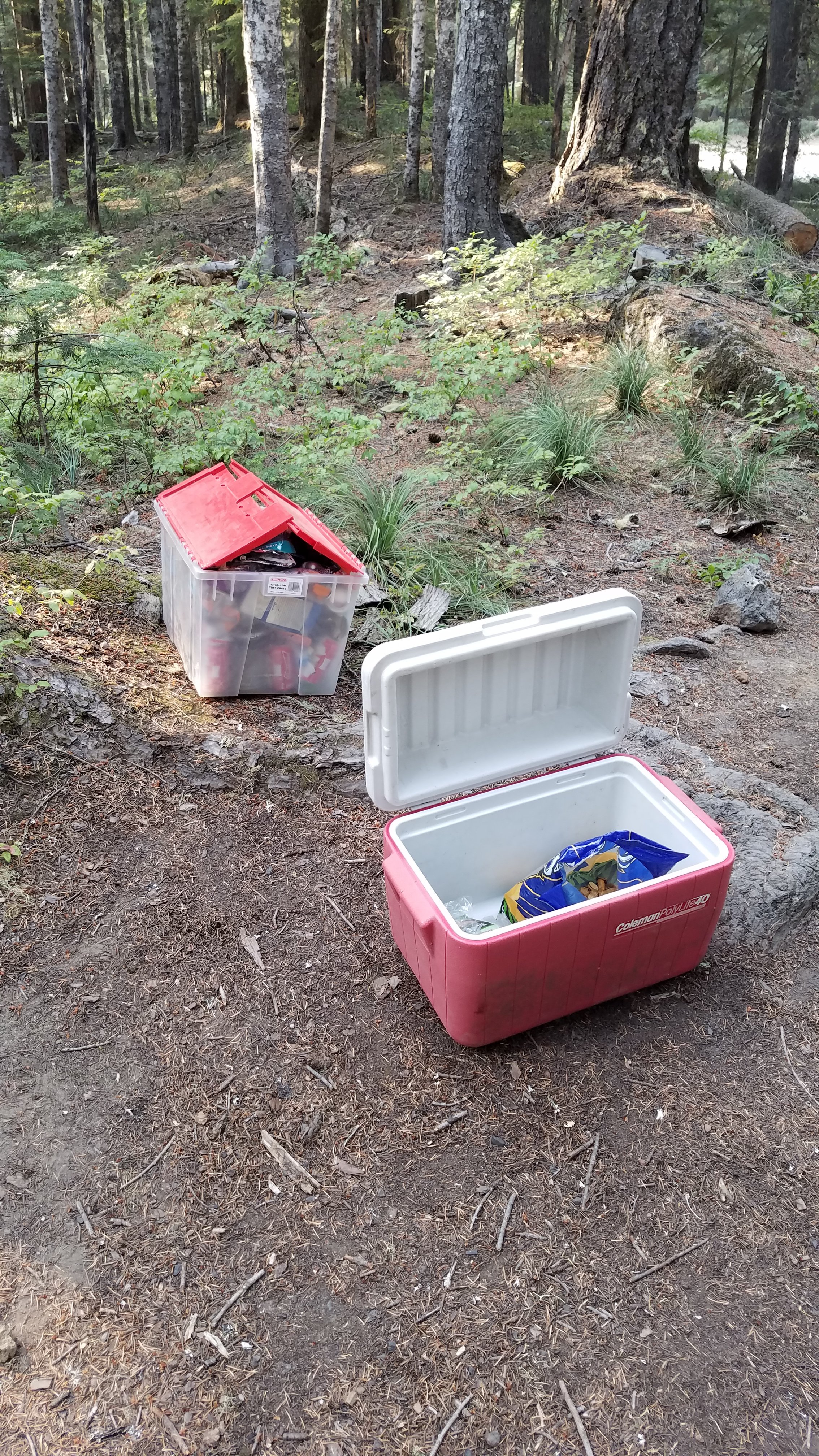 Don’t do this. If youre leaving trail magic, clean it up, lest it attract millions of flies and yellowjackets.

Woke up cold, and hiked cold for the first time. A reminder yhat summer doesn’t last forever. Brisk and windy. Foggy. I’m a bit worried about my cotton blend shirt, but im getting warm stuff in White Pass.

Camping with Upstream and Coyote, and 2 section hikers that made us pudding!

It was an easy day, so I took lots of breaks, and still got in early for dinner circle. It was nice to be not-exhausted for once. I had forgotten what it was like!

I put the fly on, just for warmth. Also the first time since I can remember. 5.1 to town! 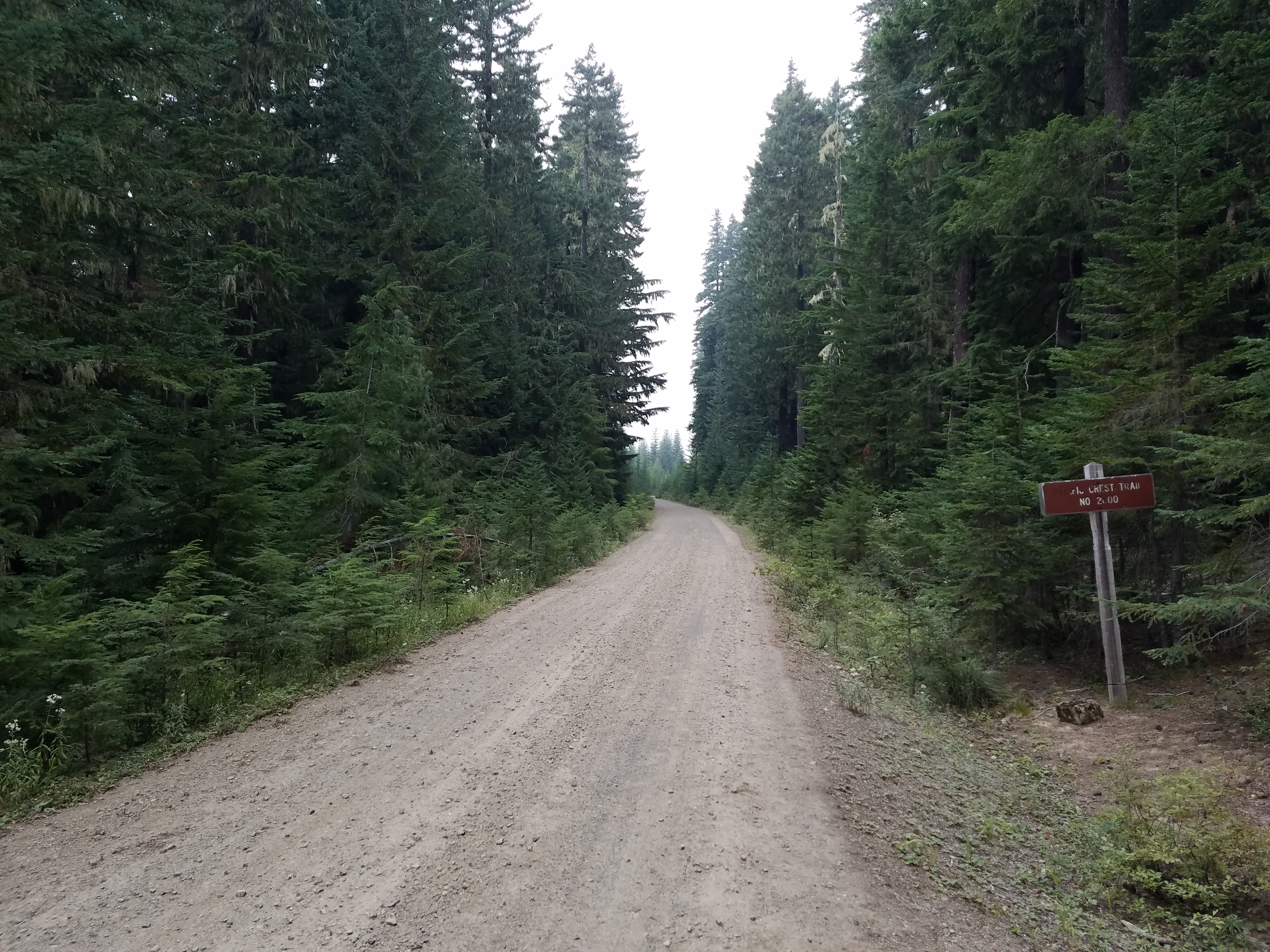 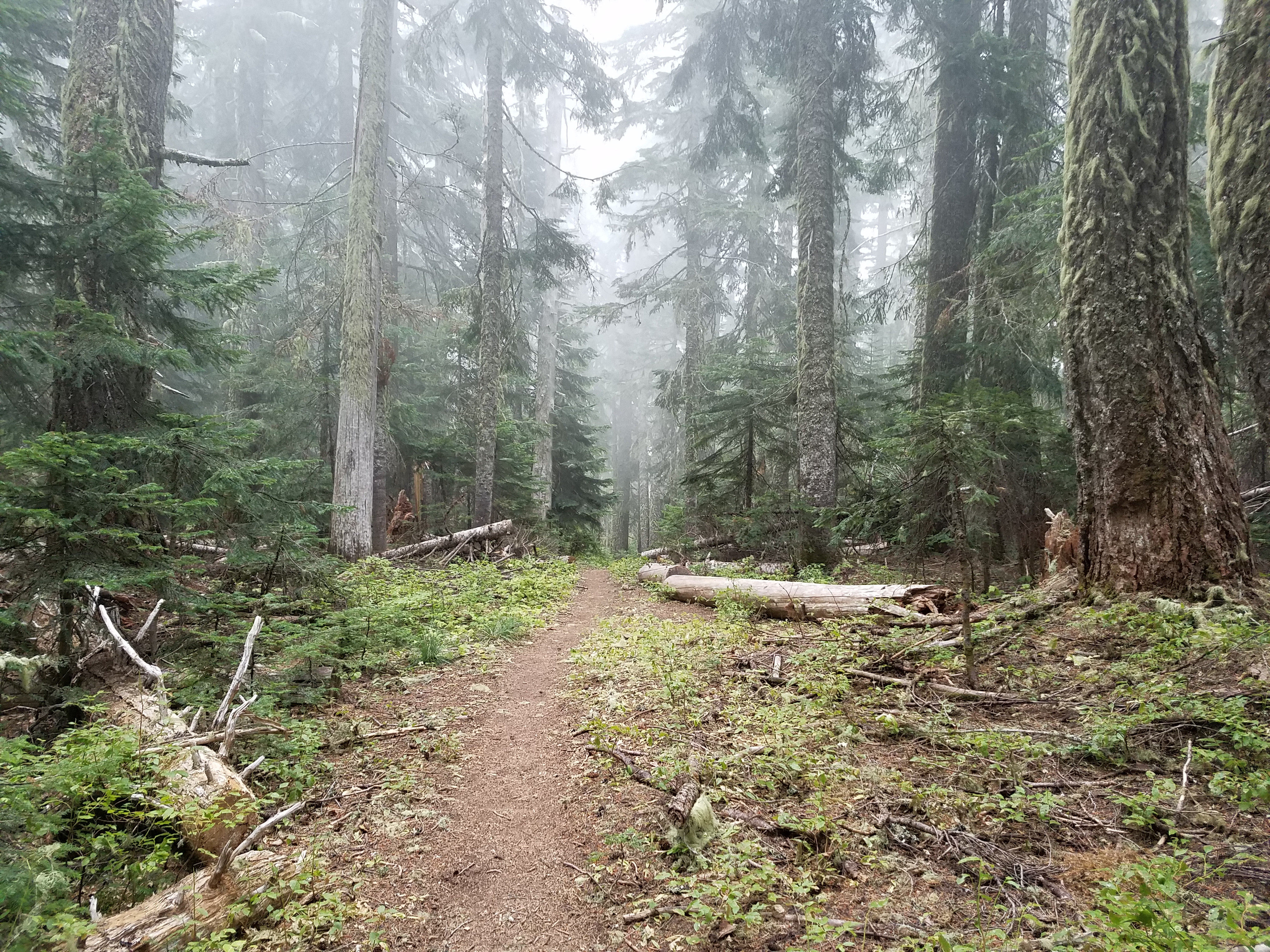 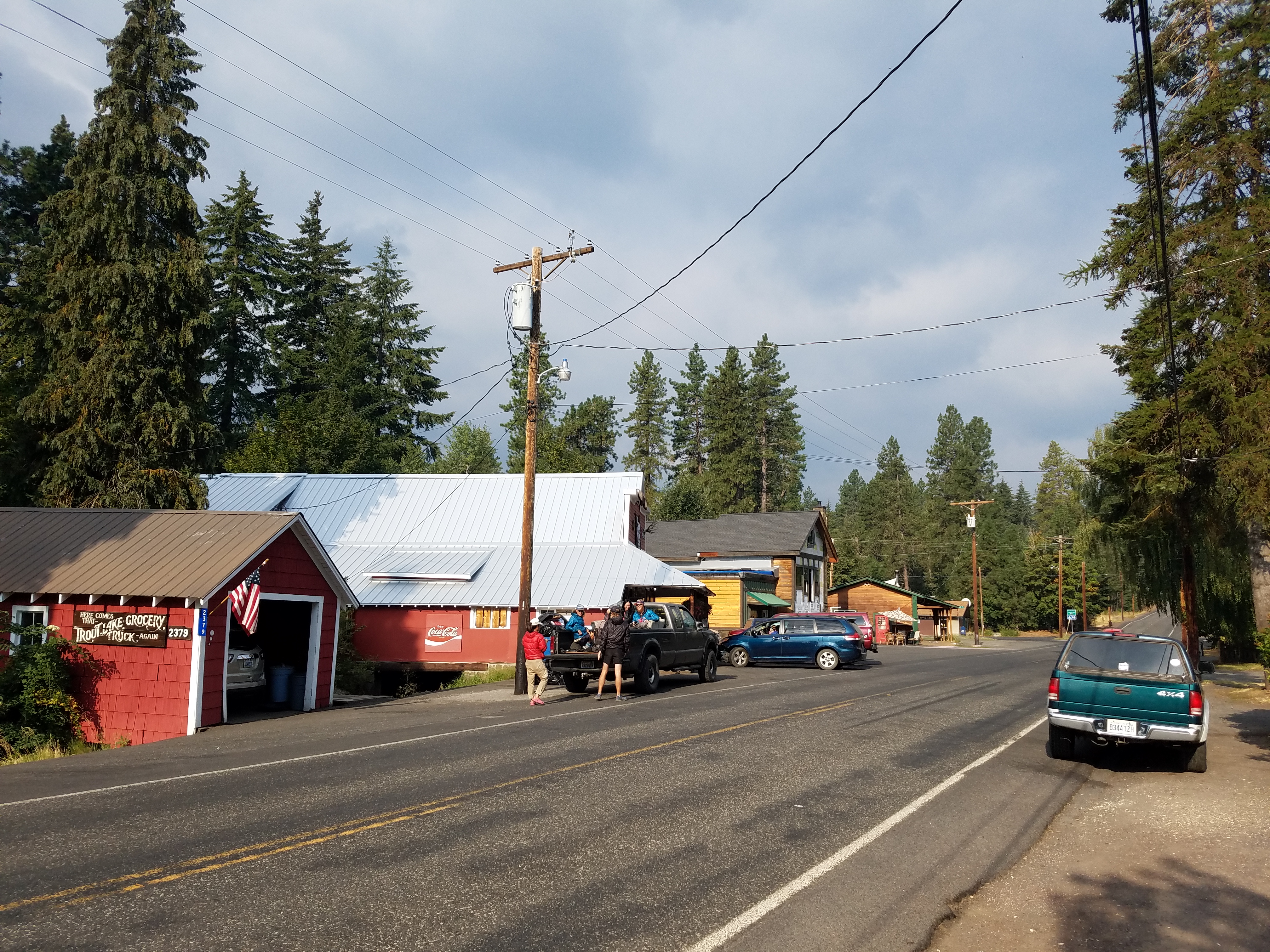 SUCH nice people here. A laid back little cow town, with an hourly shuttle to the trail, an amazing old school cafe with pie and a cool country store. There are also old school gas pumps with no card readers, and a 10 cent phone booth (but missing the actual phone). 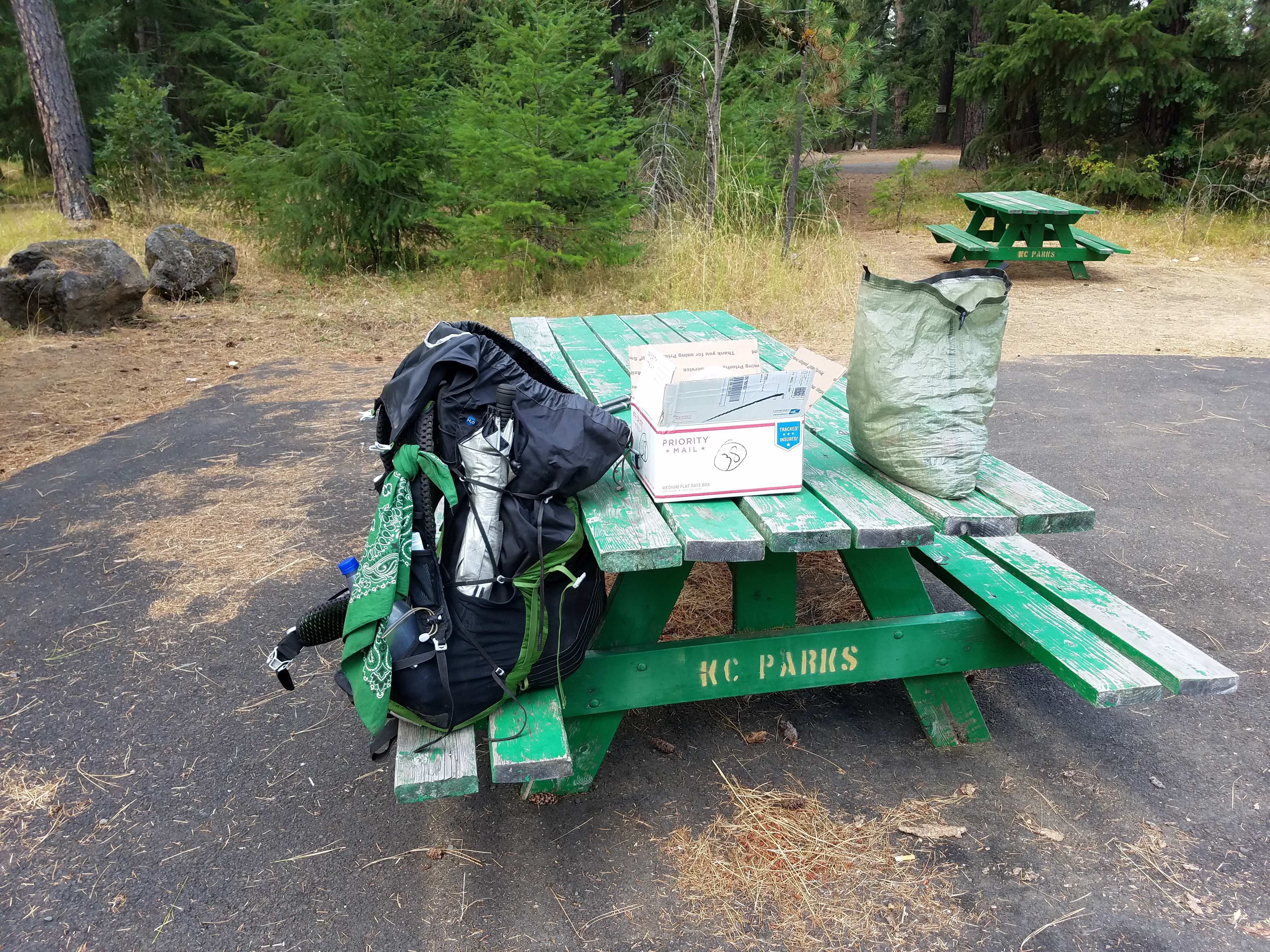 Today’s been great. Relaxing, like something like a vacation. Just strolling around, people watching, hanging out. A vacation from my 5 month “vacation”. For the first time since the Sierra, I’ve let myself stop focusing on the march-or-die schedule that I need to do.

I spent a few minutes at the clinic here, and found that I’ve lost no more weight! Still at -28 for the trip, but stable.

Next up, several fire closures, on crappy. reroute trail.