I spent a few days in the northwestern part of the Adirondacks, finishing up the Saranac Six, a brilliant invention by the people in the village of Saranac Lake.  It’s a clever way to get hikers out from the Keene/LakePlacid area, and bring some money in.   Plus, not only do you get a patch, but you end up climbing what I consider High Peak #47, since McKenzie is actually higher than Couchsachraga.

If you’re interested in just the pretty pictures, and a few with my ugly mug in them, the album is here.

Arriving late on Saturday ahead of the rain, I got a room for a couple of days at Amanda’s Village Motel, right on Flower Lake (and also the main drag through the village).   Super nice people.   Serviceable room – not the Ritz.  Still, in November when it’s down to 20 degrees with “freezing fog” at night – totally worth it.

I had done Ampersand last year, so I only needed the remaining 5 to be an official Sixer.  That trip report is here:

The Saranac Sixer website is great for directions, and a few other resources as well.  http://saranaclake6er.com/the-6-peaks/

Here’s a great trail profile map (in km no less).

Sunday morning, I hit the trail for Scarface.   As I pulled into the trailhead (just past the maximum security prison!) it started to snow. 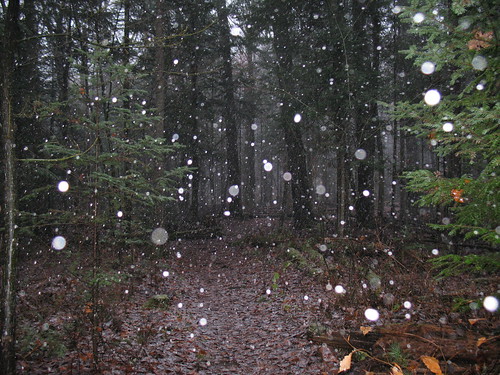 Note: hiking in the mountains in wintry conditions requires experience, planning and common sense.  I didn’t have full pack, but my daypack was stuffed with extra clothes, food, water, I had my flashlight and GPS.  You don’t want to be lost in the elements after dark in November, in the Adirondacks or anywhere.

The trail was an easy, soft and smooth ride for the first few miles, I think on old roads, past an old foundation/homestead of some sort.Then it steepened, and ran alongside a stream for a bit (where I saw a pretty damn big 6 pt buck), and finally went a little scrambly up onto some ledges. 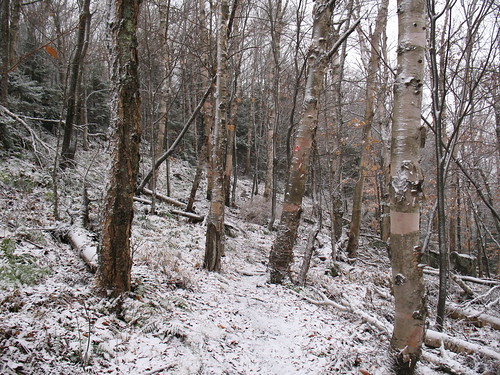 The summit was pretty unassuming, just a trail marker on a tree with no view.   On the way down, I met my first fellow hikers of the day.  Back in the village by late morning, I warmed up in my hotel room, regrouped a little, then did the drive up and around to St. Regis.   The thing about St. Regis is that you end up leaving the watershed of the Hudson, and entering that of the St. Lawrence River.   In other words, you’re not in Kansas, or your typical Adirondack stomping grounds anymore.

Where Scarface had water halfway up, St Regis was dry until halfway, at which point the trail became a stream.   There was also some blowdown; these less-popular trails don’t get the same love.   Still, after a very steep climb to the summit, the view and the firetower climb made it totally worth it.

On the way back I got some good sunset shots, although I realized once I did that I had parked illegally where probably thousands of other tourists had. 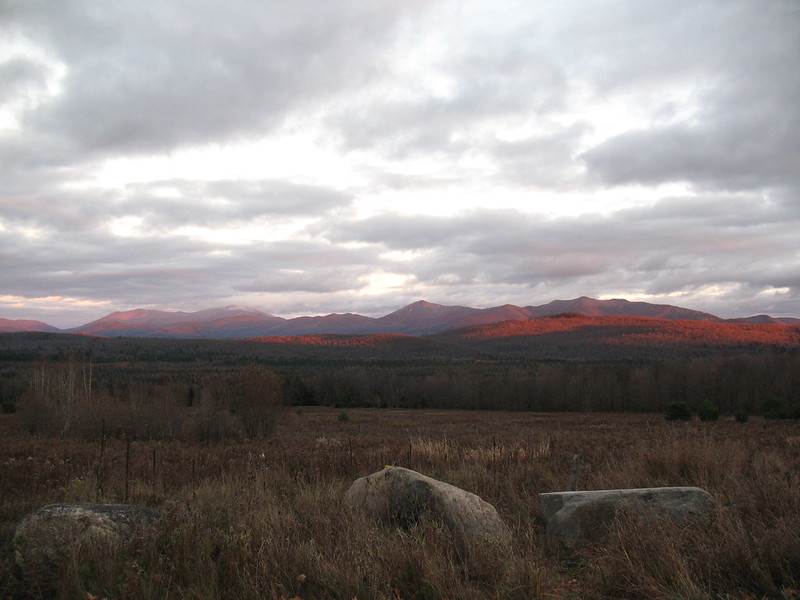 By the time I got back to the car, I had about 14 miles under my feet, and was ready for bed.   Cheap pizza and a few beers in the hotel room, and I was recharged for Monday.

Monday was the brutal climb of McKenzie, then Haystack, then Baker.   McKenzie started off pretty well, again, very nice trail, not much water, but it meandered gradually up and up for the first few miles.   Where the Haystack trail split off, it started to get pretty rocky, and 1.2 miles later when it crossed the Jackrabbit Trail, it then went really vertical.  There was no water past this point.   By now I was well up into the snowline, so the trail was nice and dry, it was just chilly – but perfect for high exertion hiking.   About 1/4 mi from the summit, I had to put the spikes on, after wiping out badly a few times. 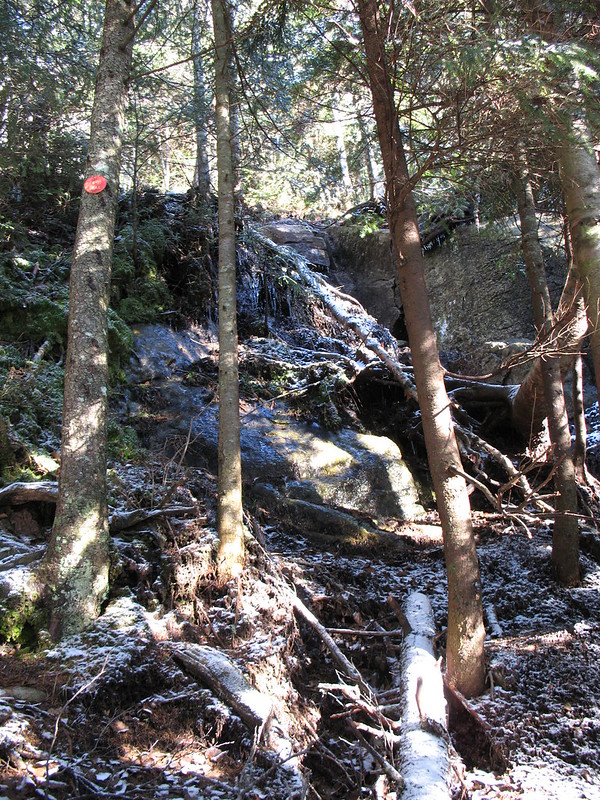 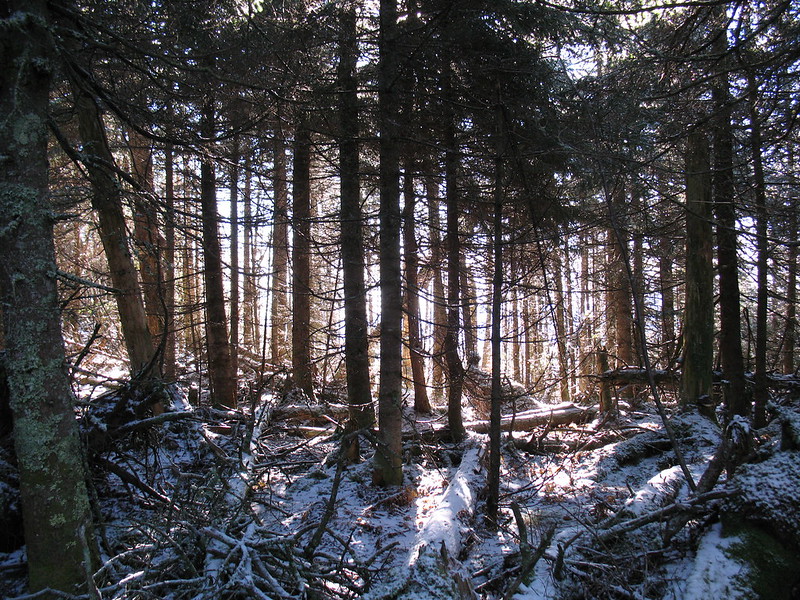 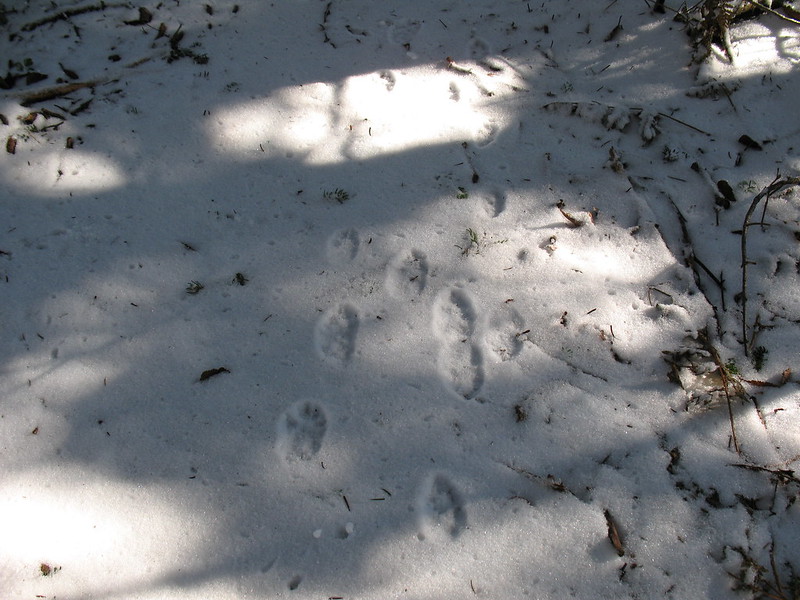 The summit of McKenzie was frustrating, at the top of a long haul you want a nice, obvious summit, instead of a rolling ridge of mini-summits.  Still, eventually you get there. 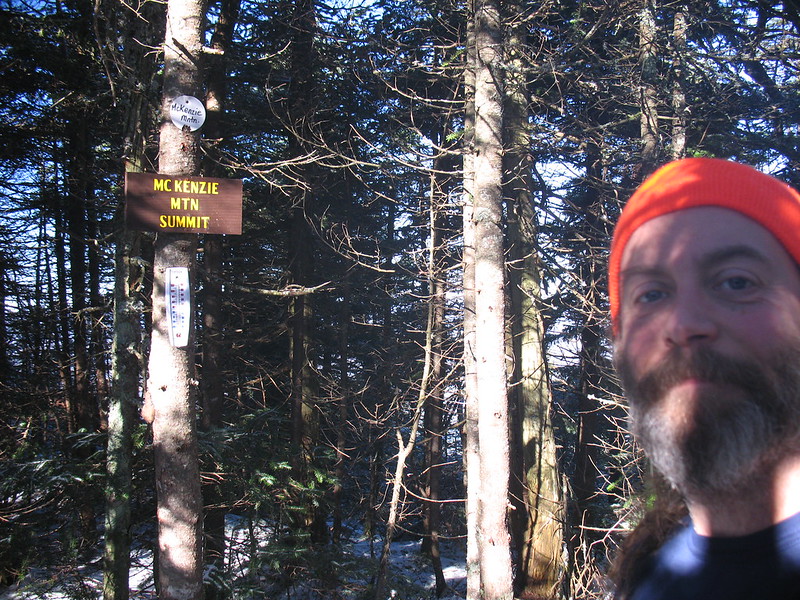 On the way back down, I detoured off the main trail up Haystack, which wasn’t quite as steep or long, but still enough of both.   There’s a great water source and break spot about .1 mile along the trail after the fork.   Tank up, because there’s no water the rest of the way up.  Haystack in particular had a bit of rough trail sections, but mostly because the leaves had all fallen, obscuring a lot of roots and rocks.  Both these trails (Haystack and McKenzie) were only sporadically marked, and minus the trampled footbed, there were a lot of times where you had to feel your way.   Halfway up Haystack, now early afternoon and over 50 degrees, I had to ditch the cold weather gear for shorts and a Tshirt.   At the top of Haystack there’s a herd path that ties back down to the Jackrabbit; I hadn’t taken it because I read it wasn’t an obvious one, and I didn’t want to fiddle with a GPS or bushwhacking.  Still, if I had to do it again, I’d take it, because it saves you having to regain a lot of elevation. 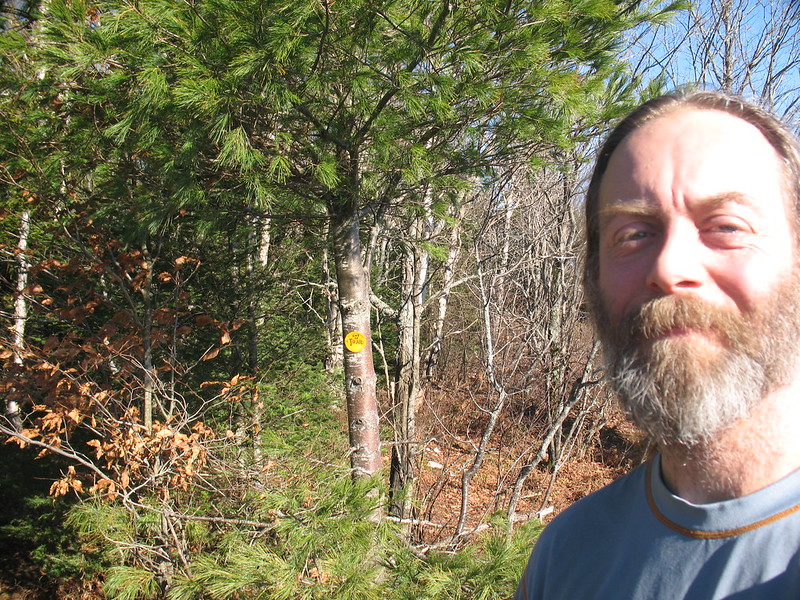 By the time I got back to the car, it was about 2:30, the sun was dipping, and it was suddenly freezing.   Fortunately, from the McKenzie trailhead to the Baker trailhead is only about 15 minutes, and Baker is a 0.9 mile, 30 minute cakewalk each way.   It’s a little steep in places, but it’s basically the kind of “mountain” you might find in a less remote State Park setting, complete with the fellow hiker who was on his phone the whole way, while his poodle ran all over the place.   The top gives you a nice view of the surrounding area, but isn’t great for photos.   Total mileage again about 14 miles.   Boy at the end though, I was beat.  Even doing the climbs with a daypack takes a lot of out you when you’re racing the limited daylight.

Back to the green in the village by about 3:30, where I rang the Bell, becoming an official Saranac Sixer!   I met a nice gentleman in town who congratulated me and told me to hit the town hall, where you can fill out your paperwork and get your award patch.