Since these days it’s alternately snow, mud, or COVID19 season, I’m using the downtime to clean and sort gear, make a note of what needs replacing, and doing some refurbishing and maintence.  I have a great pair of trekking poles, their one downside is the cheap steel in the tips wears out after several hundred miles.   On the PCT I went through a pair by the Sierra (mile 900), and got a new set of lower sections (free) at around Burney (mile 1400).  I think is partially due to the dry, abrasive conditions of the first 700 miles of the trip, and then not helped by the rocky, icy conditions for the next 200.   Either way, I hate the idea of disposable gear.

My poles can only be fixed up by replacing the entire lower section, at a modest cost.  But see my previous comment about disposable gear.   There’s an incredible environmental cost to making carbon fiber poles, adding the plastic bits, putting them in a box, putting that box on a ship, sailing across the Pacific Ocean, putting them on a truck, and delivering them to my house.   This is the part you DON’T pay when you pick up a set of poles for 40 bucks.

On the theory that all trekking pole tips are the same (spoiler: they aren’t, but I don’t know if it matters), I picked up a pair of Leki replacement tips.  Leki is the premium brand, the Porsche of trekking poles.  I’ve had amazing results from my older aluminim Super Makalus.   Case in point with Leki – when I needed a replacement part after years of use, I called them – and not only did I immediately get connected to a human being, but she knew the part number and size off the top of her head.  But – I own these carbon poles already, so I wasn’t about to replace them.   The sweet part of the Leki tips is that they’re harder steel, and concave, so as they wear they retain their “bite”.  I had heard you could replace glued-on tips, so I figured I’d try it.

You have to heat the tips for a solid 5-10 minutes in boiling water to loosen the old glue.   Get a pair of pliers and grab them by the end (don’t crush the pole itself, it’s only carbon fiber), and twist off.   Be patient, and keep boiling if it won’t come off. 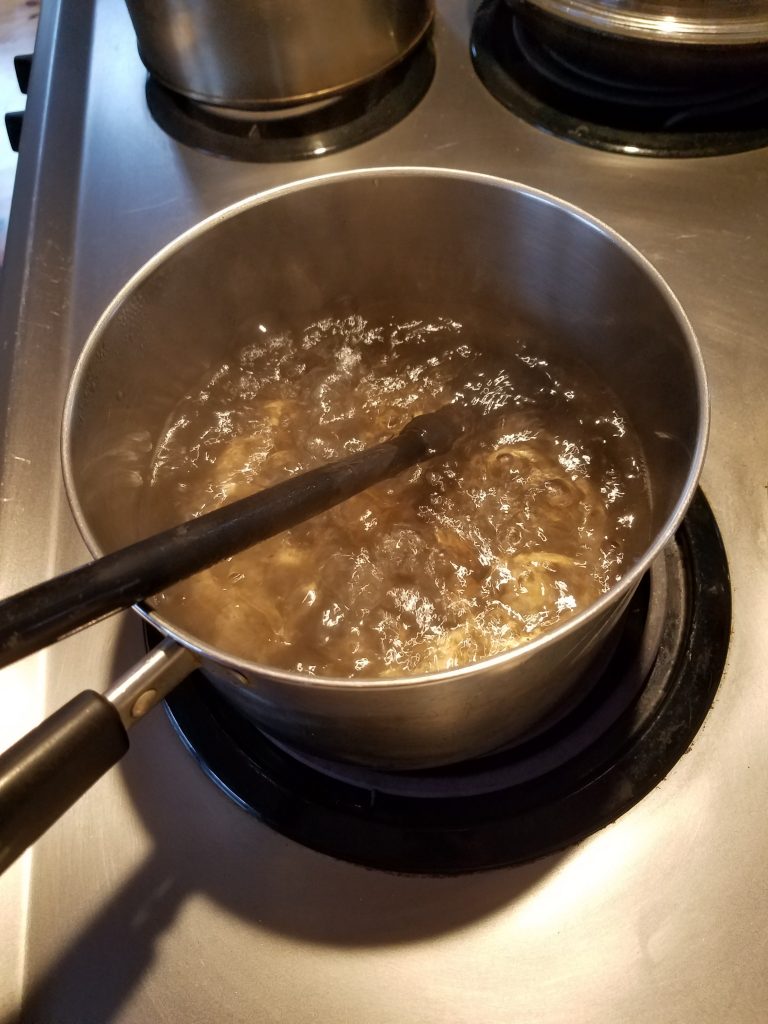 With some convincing, the tips will come off the poles.

Once you get the tips off the pole, clean it up gently with some high grit (220 or higher) sandpaper.   Try to get the pole smooth – not sanded smooth, but no-more-glue-smooth. 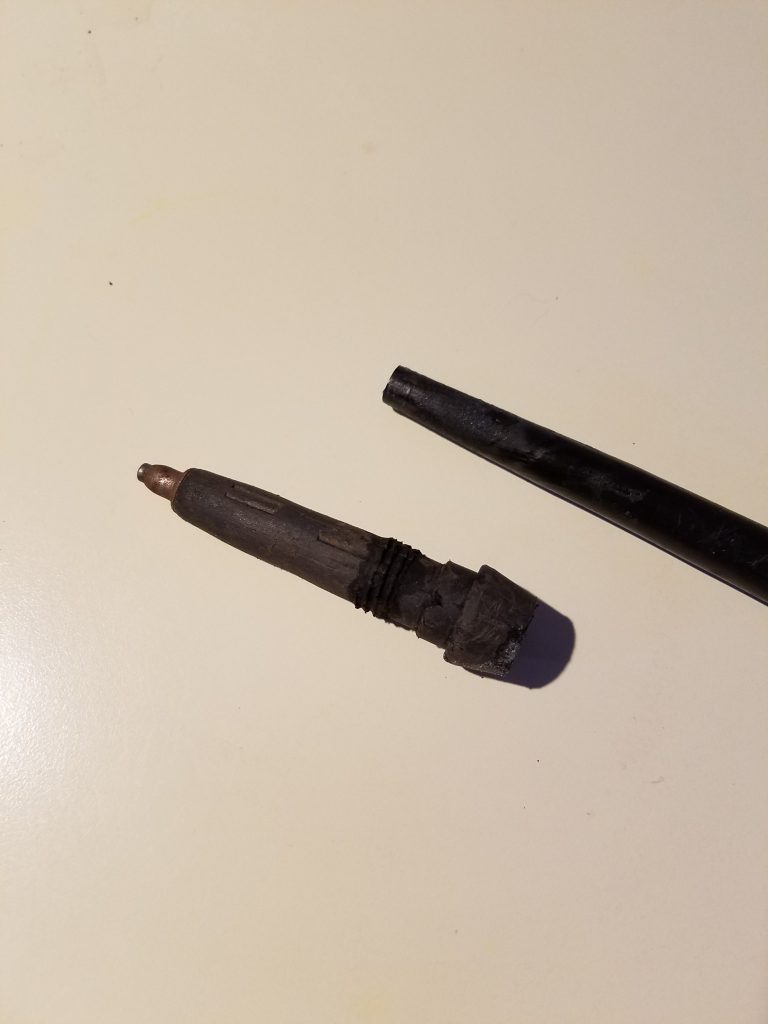 I discovered that not all poles are created equal, and not all tips will fit all poles – exactly.  The replacement tips don’t come up as high on the poles as the old ones.  This means that more torque will be applied to the lower portion of the pole – a potential source of failure.   The tips are about 3/4″ short. 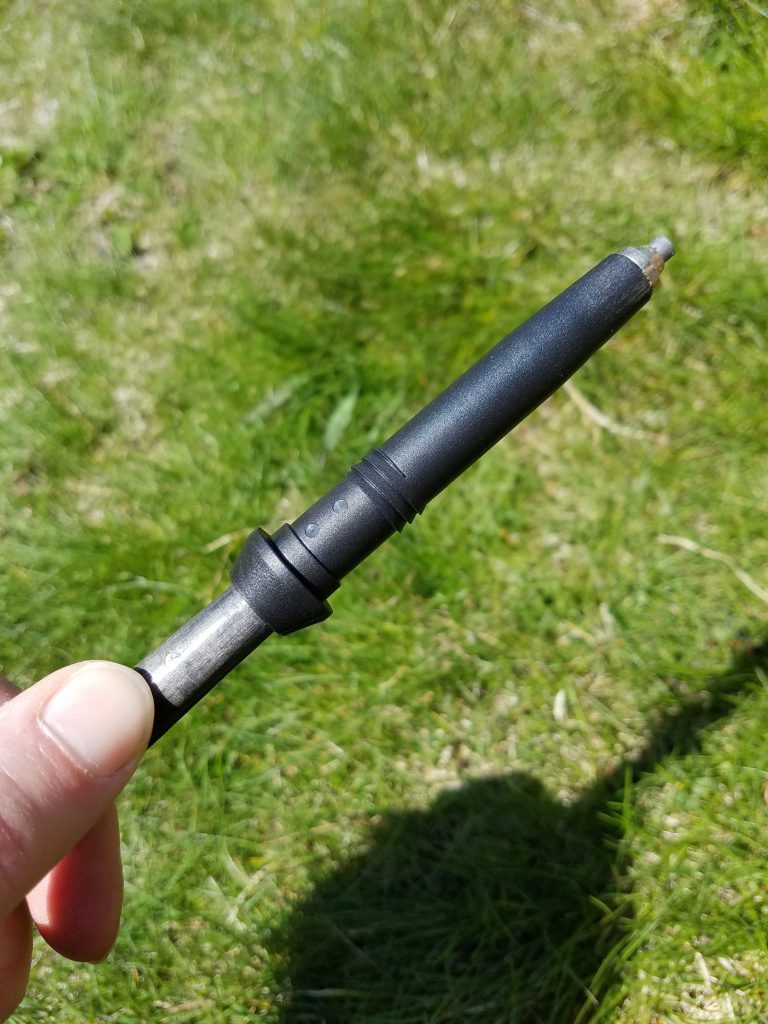 Slide the new tips onto the old, cleaned-up pole ends until they stick, and then give them a few hard taps on the ground.   I haven’t done any formal testing, but they seem stuck on pretty solidly now.

Behold, my cheap CF poles, tricked out with premium tips!

Years ago, nobody had trekking poles, we all just had sticks.  Then, in the 90s, they became the next big thing.   Nowadays the ultralight crowd is getting away from poles, or at least two poles, using single pole tarp setups.   Some also claim that going without poles is more “natural”.

I’m a walking stick fan in general, but poles are more resilient, easier to travel with and more functional.    Maneuvering around on slopes, taking shock off your knees, and holding up your tent are just a few uses.  Plus, they look badass.  If your poles are old, do yourself a favor and get new tips, it’s amazing the difference they can make. 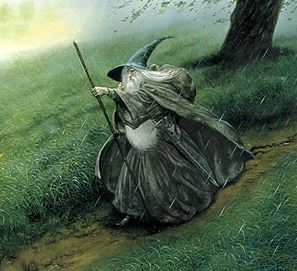