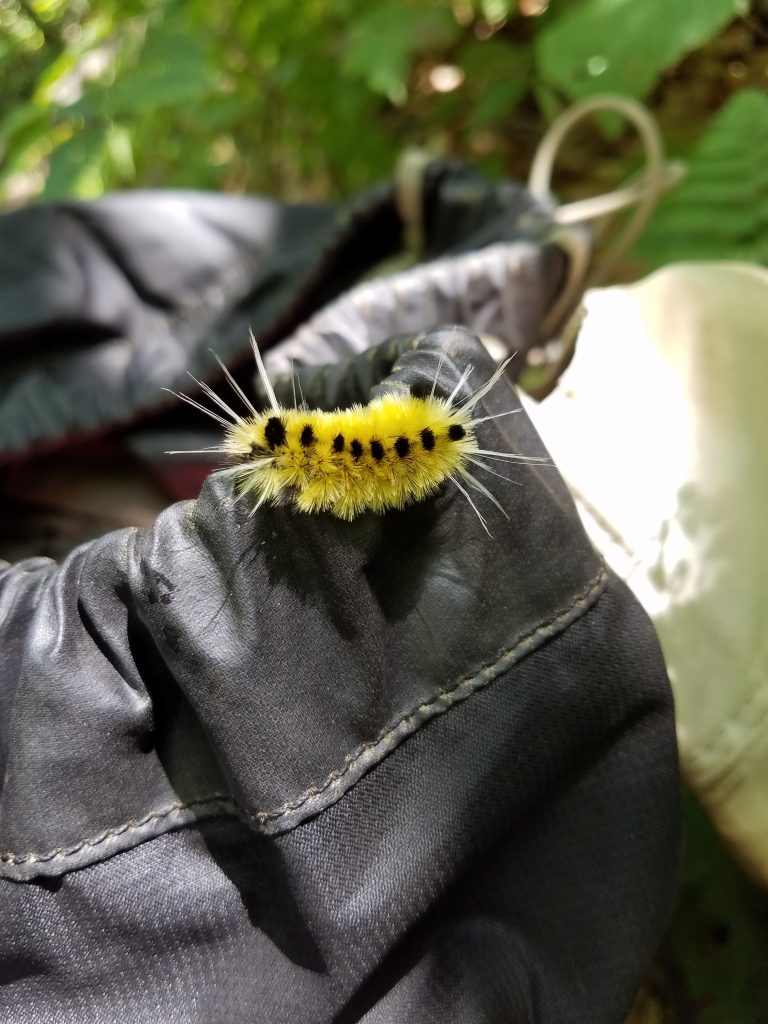 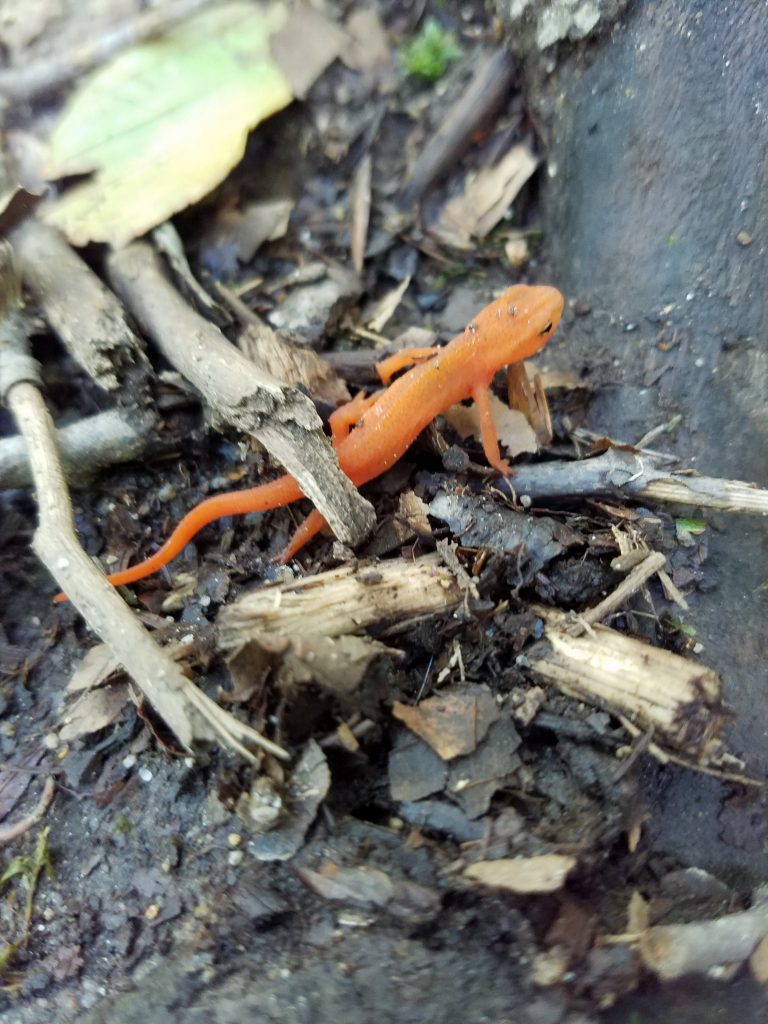 We arrived at the road crossing in Williamstown and I was hiking by 9:30.The weather was good despite a chance of rain from the hurricane offshore. The combination of excitement and fresh legs pushed me quickly up the first big hill and along the Trail.
It was only a short day because I had lost half the morning just getting there so I got to the Condon shelter at about 5 p.m. and that was it.  Distressingly, the area around the shelter was full of tents and the shelter was also full. This did not bode well for the rest of the trip I thought.  My whole plan for coming in mid-September centered around the premise that the shelters would be empty.  I got to pitch my tarp for the first time in real usage. 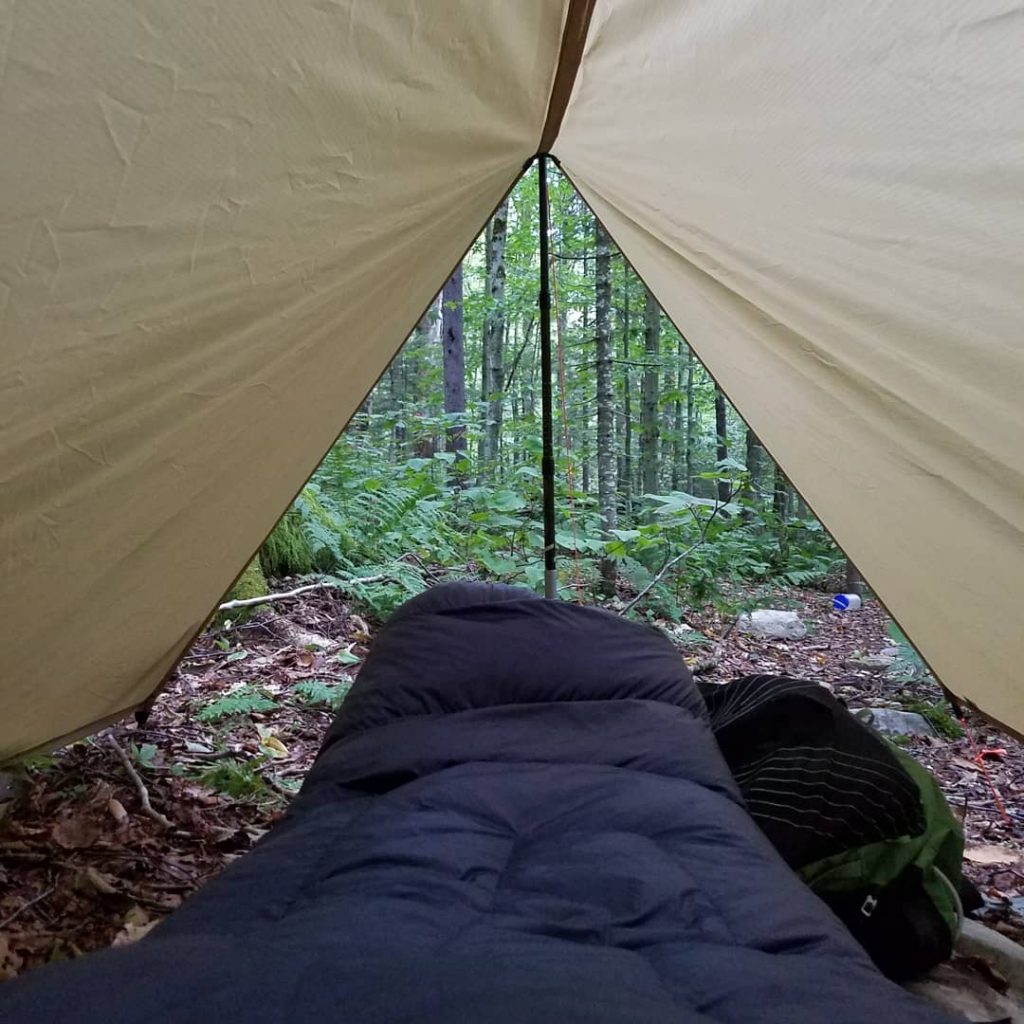 Not a great pitch as you can see, but it worked in no wind.Due to bear problems, canisters or bear hangs are required in the Green Mountain National Forest.  Many of the shelters have lockers that you can store your good in; this was not one.  I spent a good 20 minutes to find the right tree.  By 7:30pm it was dark and I was out like a light. 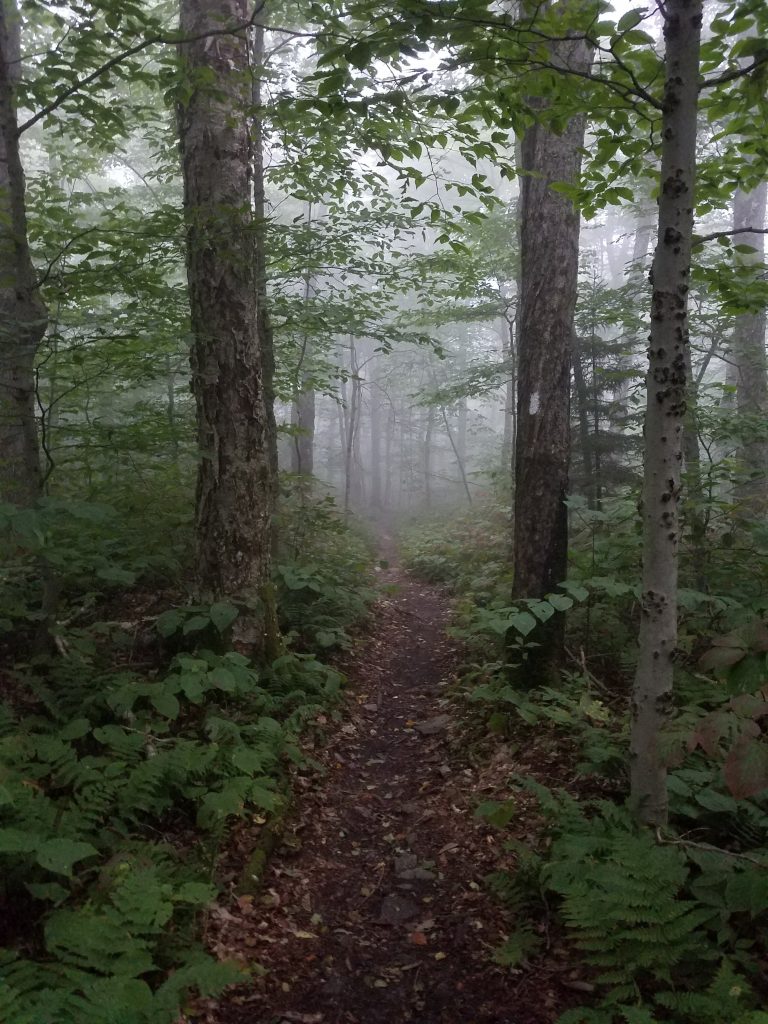 Because I went to bed so early, I got up early. In fact I got up at 4:30. Misreading my watch, I decided to get up and pack up despite the darkness.  I assume that the sun would pop up over a hill any moment. That was when I realized that I could not find my food bag in the dark.  I sat in the dark watching the sky slowly get later until it was light enough to get my bag.
I think I understand the concept of “forest bathing” a little more.  It was neat to see the sky gradually lighten and hear the birds start to wake up. 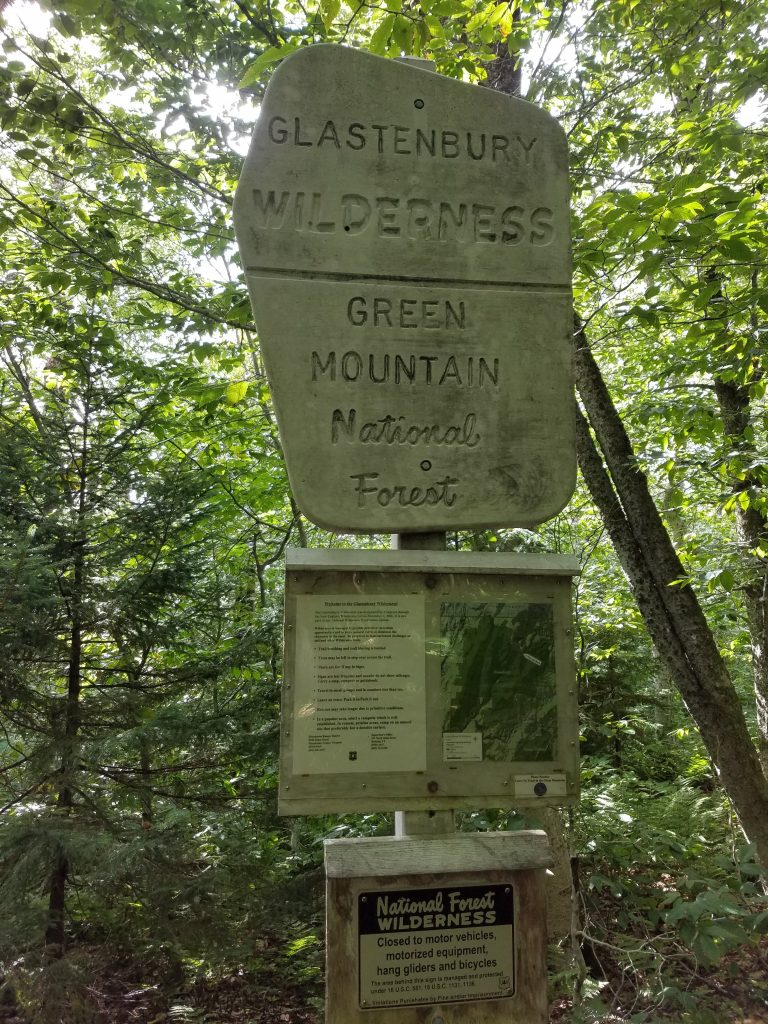 Glastonbury Mtn had a bear history, its disappointing when humans and wildlife overlap destructively. Plus, the weather was turning, and it didnt make sense to be on a mountaintop in a rainstorm. I did that in 99, and it was so bad the entire structure shook. Another hiker, Snacks, pointed out that if we did four more miles that day we’d be four more miles closer to Manchester and it would be a  better use of time that town day.  So we started the grind.
The next 4 “downhill” miles were rough, especially when racing the dark. Thankfully there was both shelter space AND bear boxes, so all I had to do was roll out my bag. I had eaten dinner (cold-soaked couscous, beans, veggies and pea protein) atop Glastonbury, so I had little to do but enjoy the evening and talk to people.  The sunrise view in the morning from the front porch was pretty awesome. 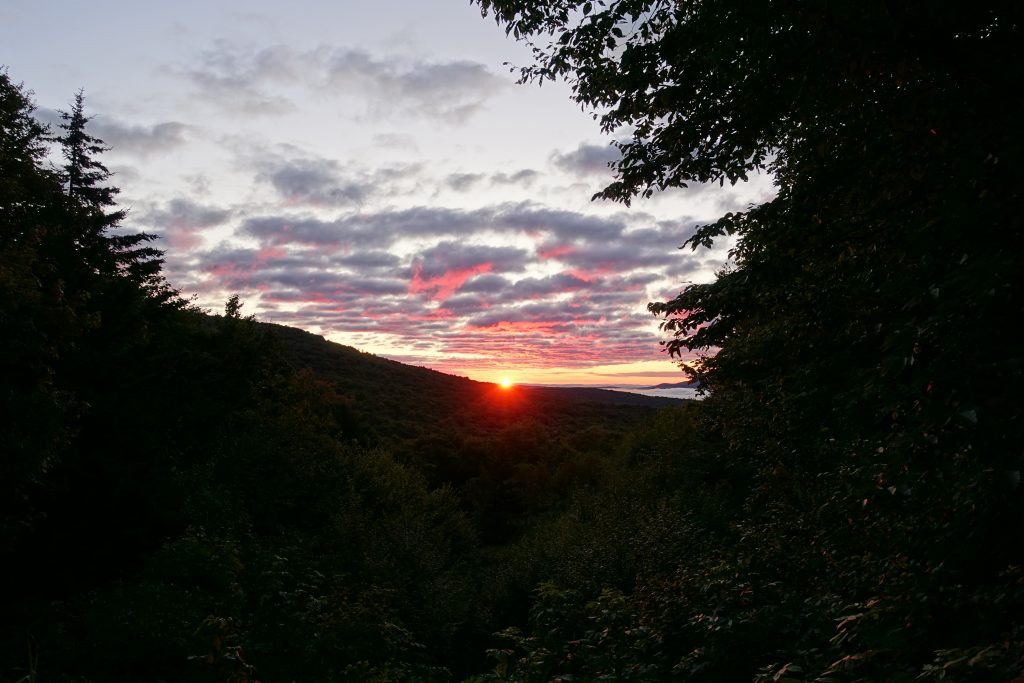 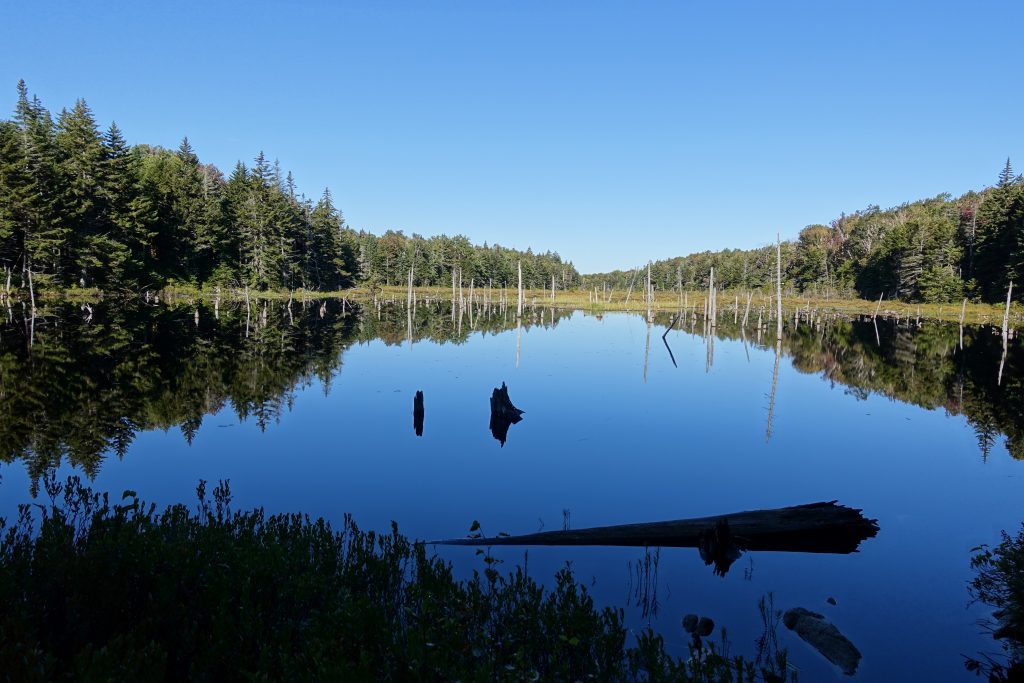 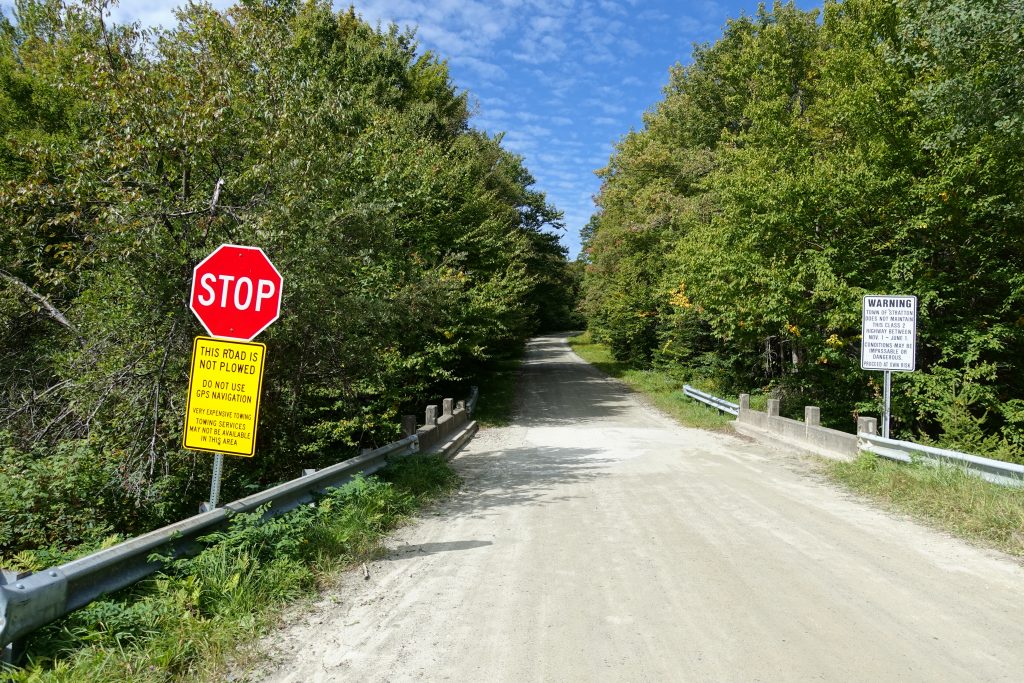 I managed a full hour lunch, and a bit of a wash and laundry under the bridge.  Perfect water.  Then these two showed up and we boogied up the mountain. 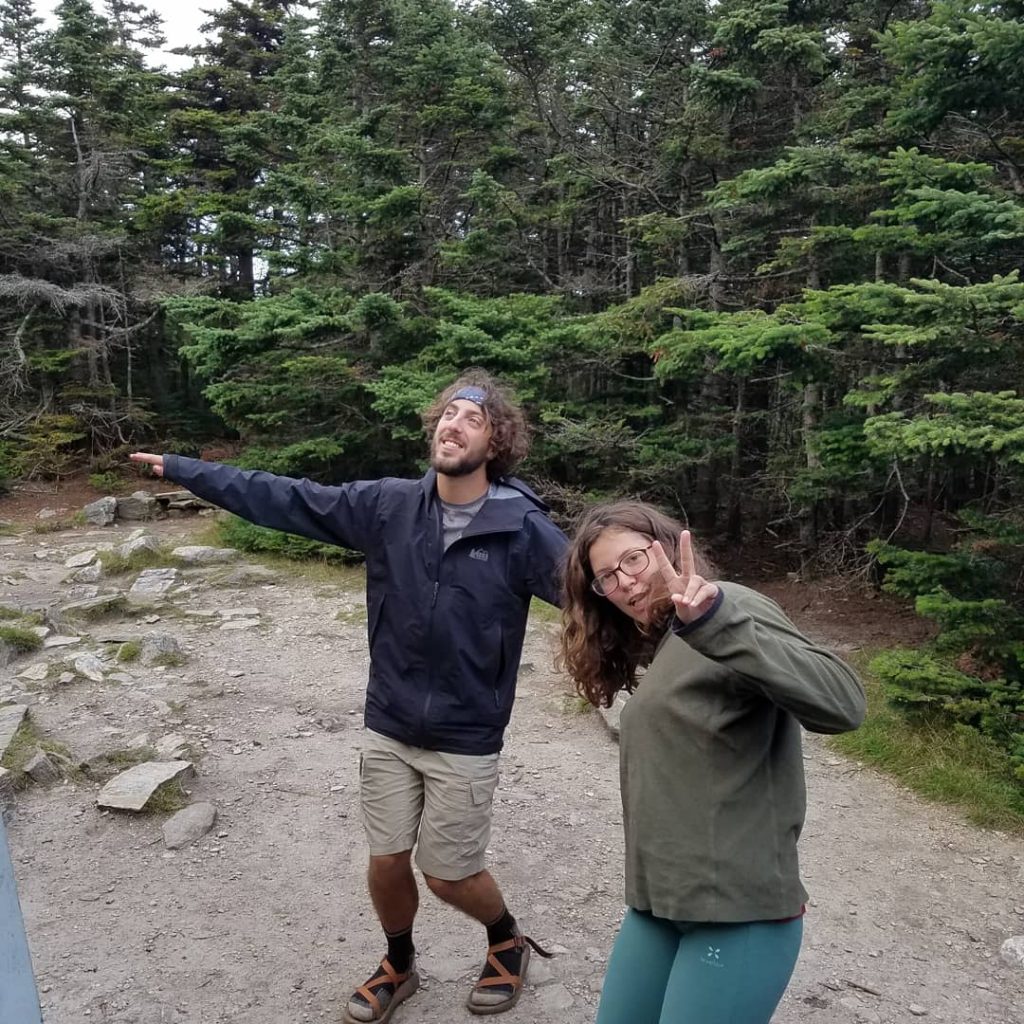 I hiked on and off with Bluebird and Tiger Tail, all day.The Stratton fire tower was pretty cool, and freezing cold.

At the Shelter, we talked with Katie the Caretaker(ess?)  She has the dubious distinction of being the person who composts the waste from the privy.  Yes, poop. 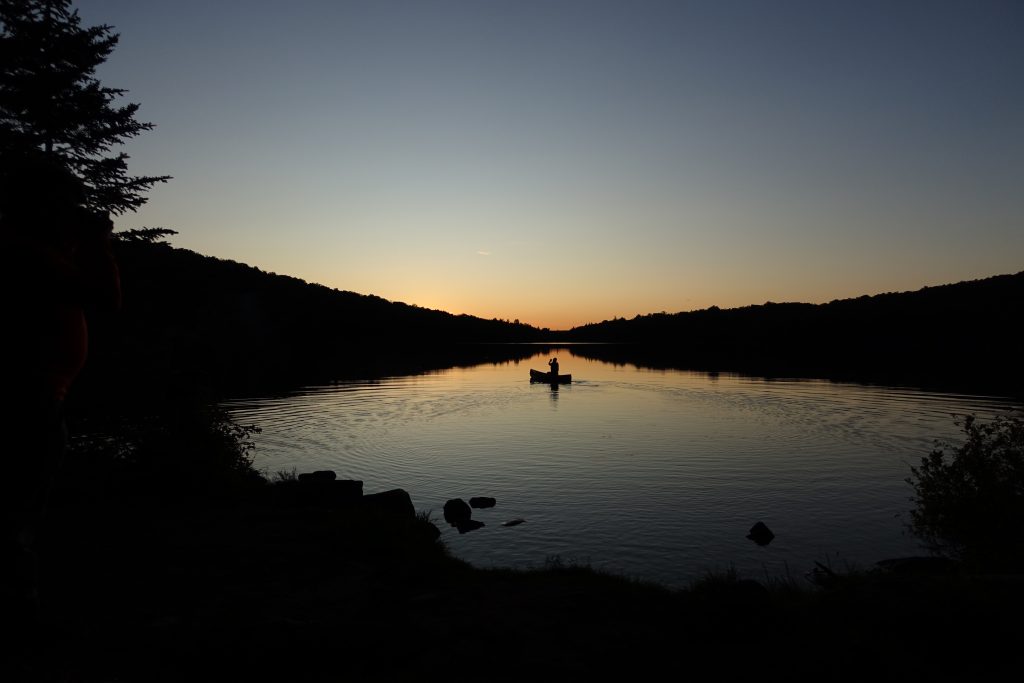 Snacks sand Sassafras (the hammockers) rolled in later.  I started on the same day as them and we had been leapfrogging.The shelter was huge, sleeping 16.  In the loft was a family of 4, including 2 little girls in the 7-9 year range, thruhiking the Long Trail!  Each night they would do schoolwork, and things like “if I need 3/4 cup water per person and there are four people, how many cups do I need?”
As usual, Bluebird lit a fire and we all got warm before bed.  All night people snored and grunted and made people noises, so it was nice to get up and rolling early. 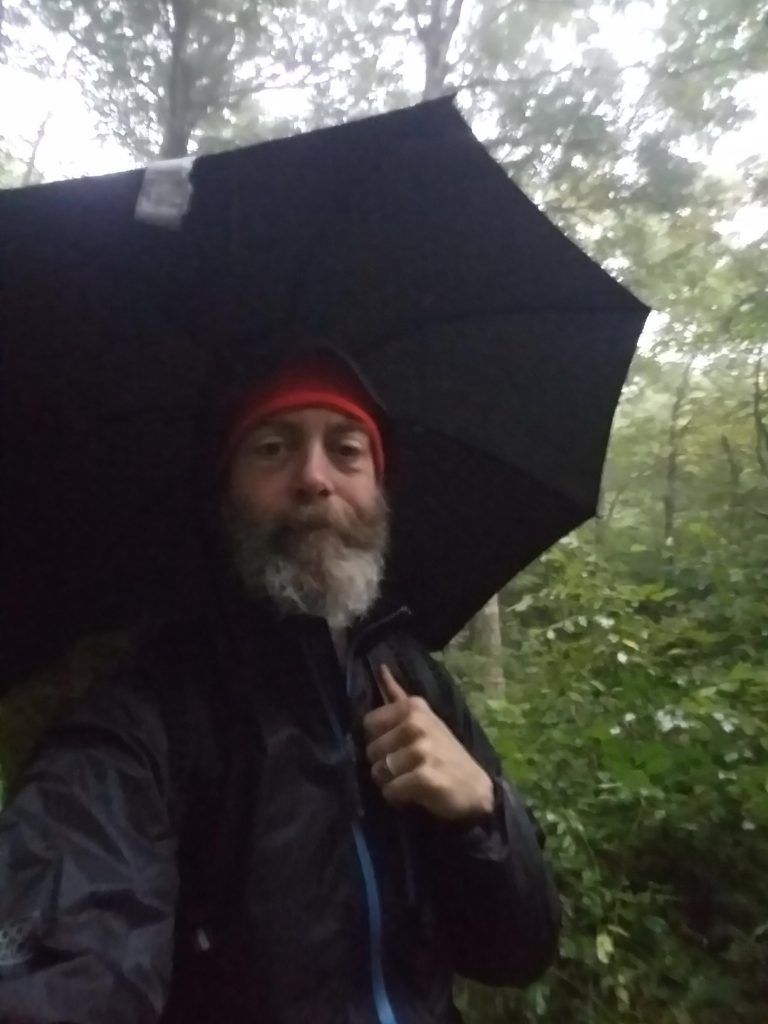 By lunchtime or so, I ended up at the highway to Manchester.  There, while trying to hitch, I met Zach the owner of The Trek, where I sometimes write. 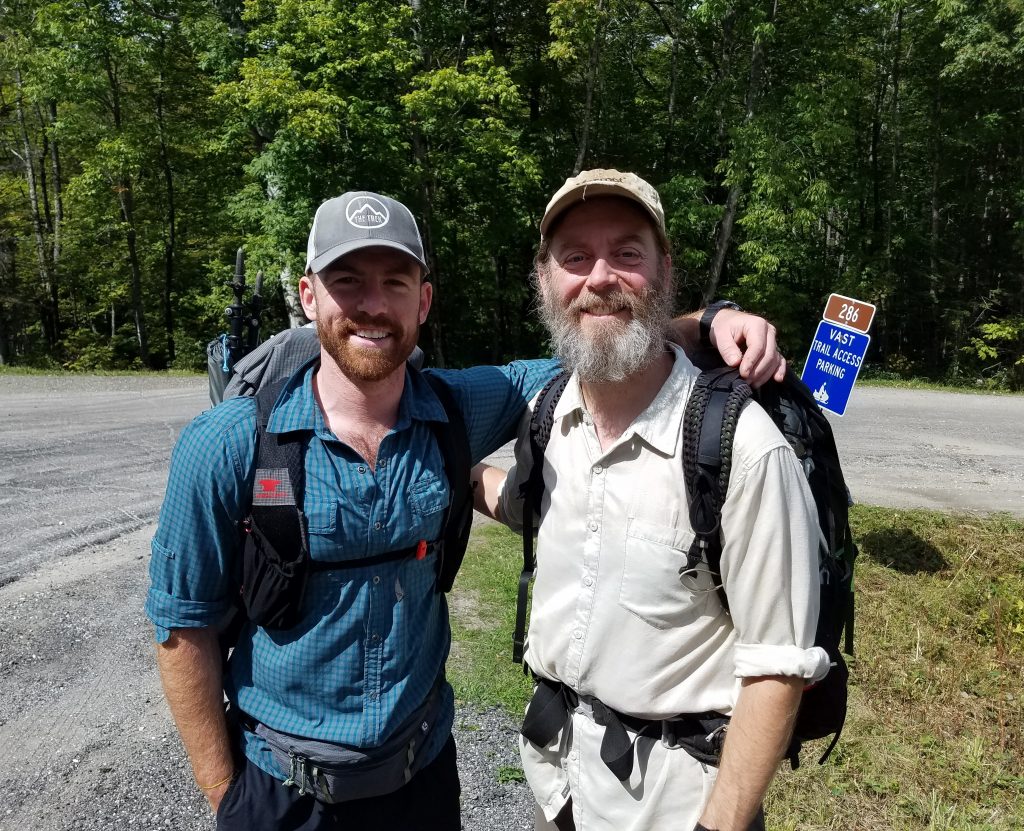 (Excuse the sign growing out of my shoulder, the person who took the picture was a crabby southbound AT hiker not at all focused on taking my picture.)Manchester was kind of touristy and blown out, but it had a great sandwich shop.  It also had a local donut place where the guy clearly wanted me to go away.  Like, sorry that I want to pay you for a donut, buddy. The Post Office also sucked.  It was 3/4 mike off the main road in an industrial park.  Weak. But I got a hitch in 3 minutes and was back to the trail by quarter of 5.  I found Snacks and Sassafras already there setting up camp. As a bonus Sassafras had packed out some ginger cider which he shared with me. They discovered that they had forgotten their fuel canister at the last shelter. They were going to have to go back into Manchester the next morning and try to buy fuel. Bummer. 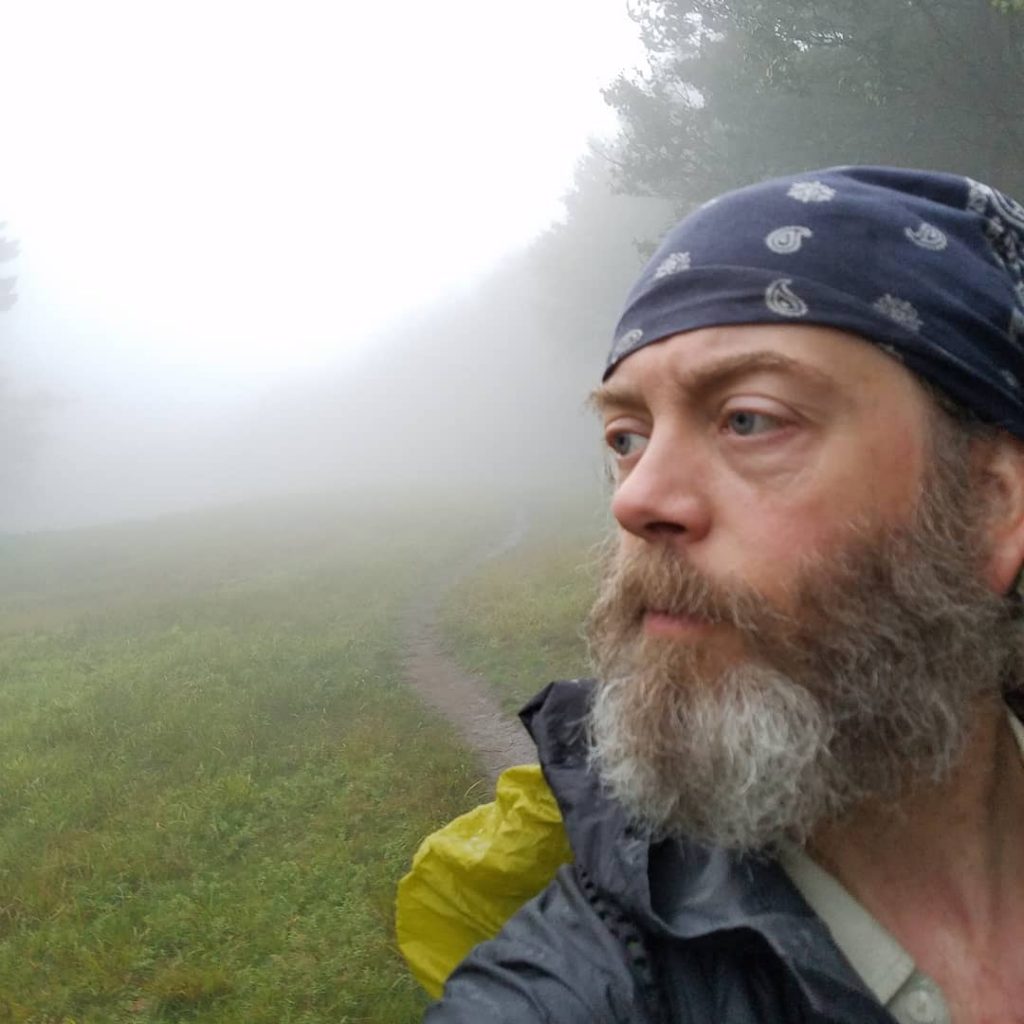 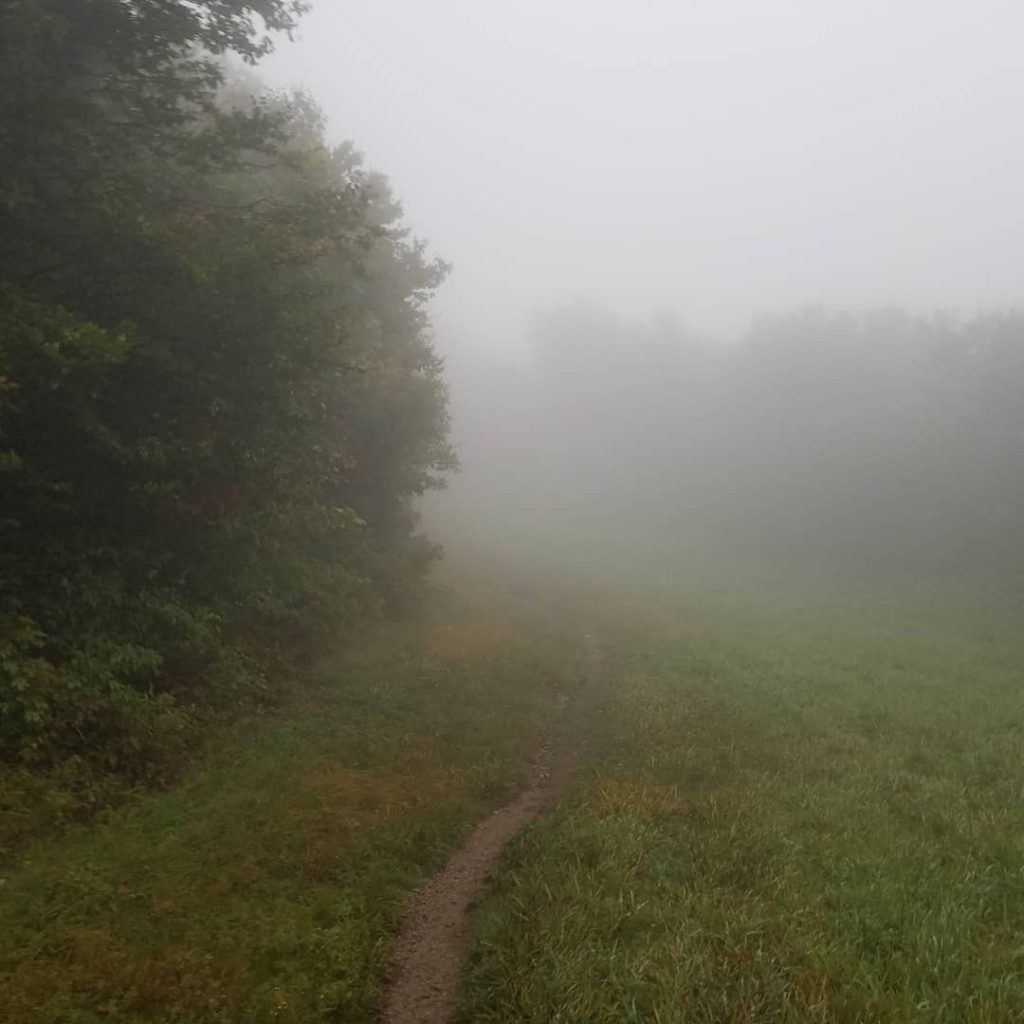 Rained most of the day, and I got no views from the summit. I’m glad I didn’t push-up to Camp up there because the warming hut was packed full.
I sweated into my rain gear all day, completely soaking my clothes. I did both Peru and styles Peaks in the fog and rain.  At the bottom I caught up with 2 guys just out for a few days.  The had a bottle (plastic, of course) of whiskey but I declined, as it was only 11:30. By about 2 the rain stopped completely and the weather became awesome. The trails very manageable and flat in the were a lot of bog bridges and obvious improvements.  The area started to get more tame, with woods roads and side trails and a few stone walls. 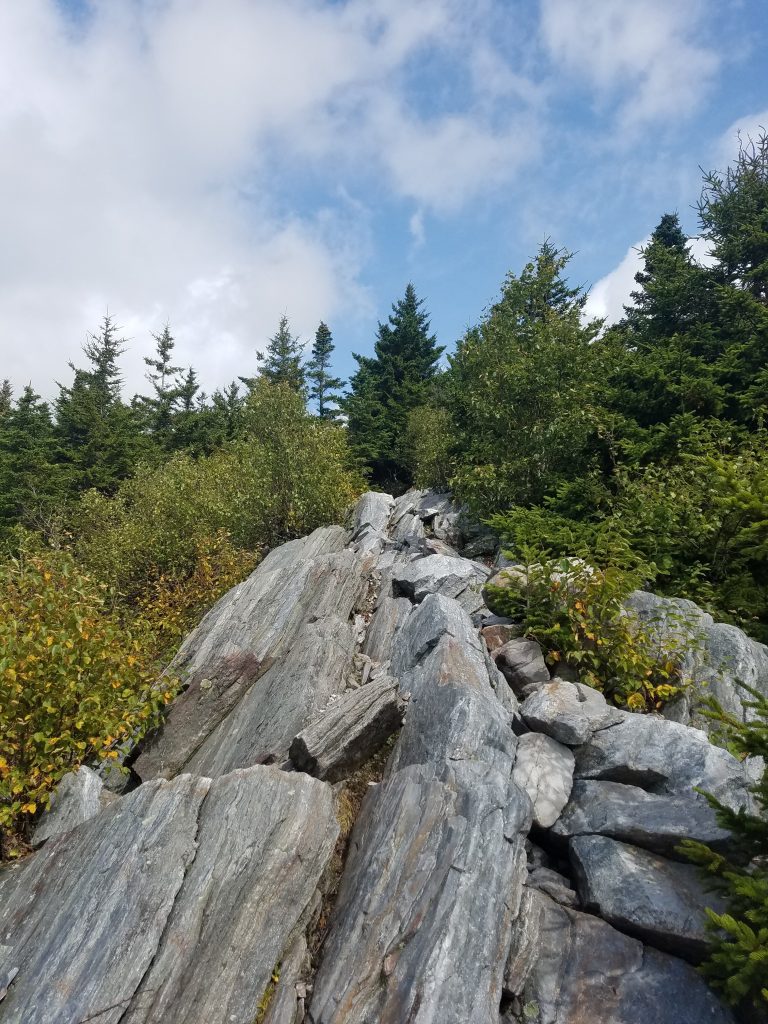 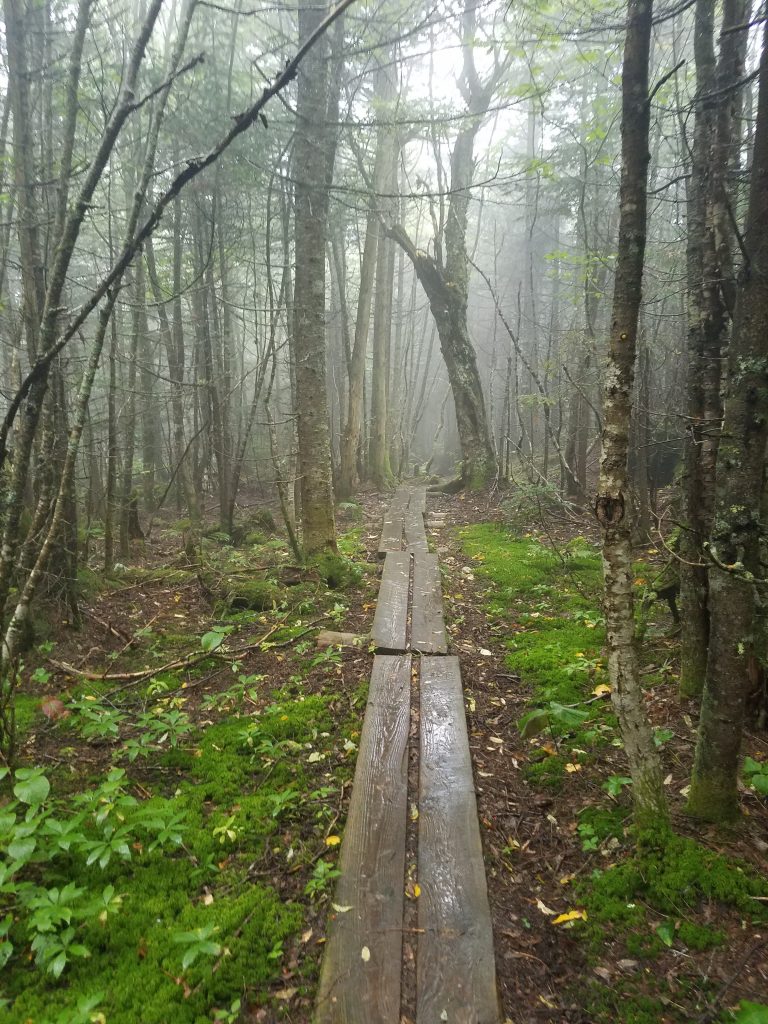 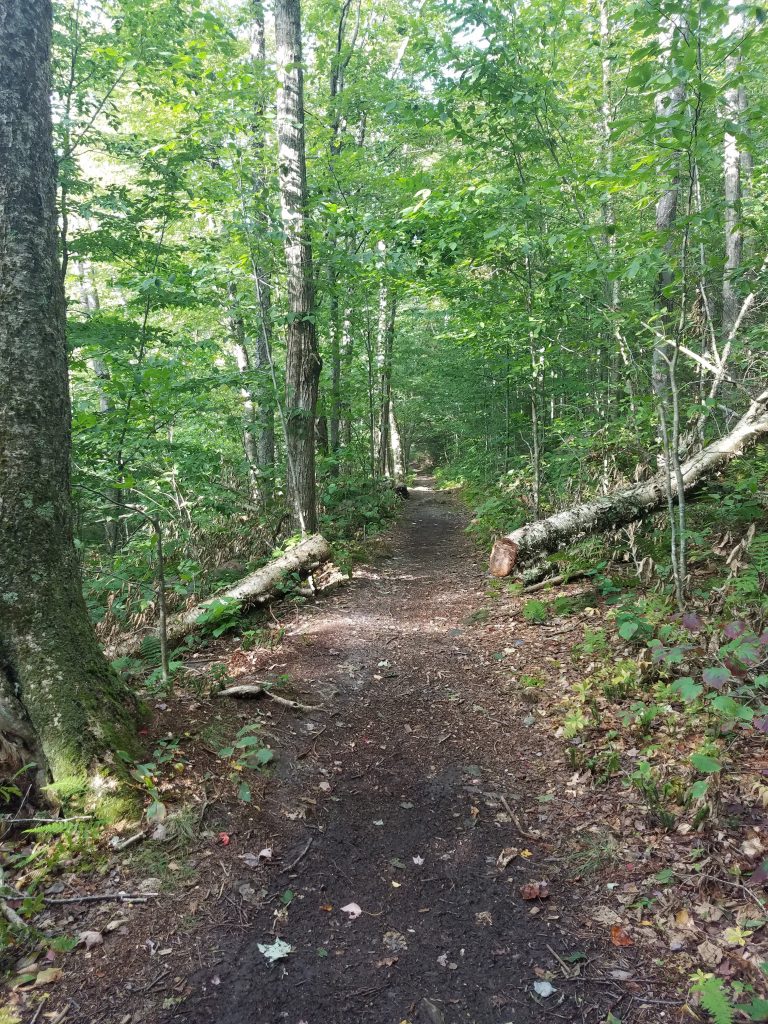 That night I camped at Little Rock Pond. It was one of the new palatial shelters complete with a loft and a porch.  Ther were 2 older guys there when I arrived.  Just before nightfall, the Loud People, as I call them, arrived.  I think they have just finished the AT, but they seem perpetually late and disheveled and disorganized.  They also speak loudly aand blast everyone in the face with their headlamps.  I had had enough of them at Kid Gore.  So entitled and annoying. 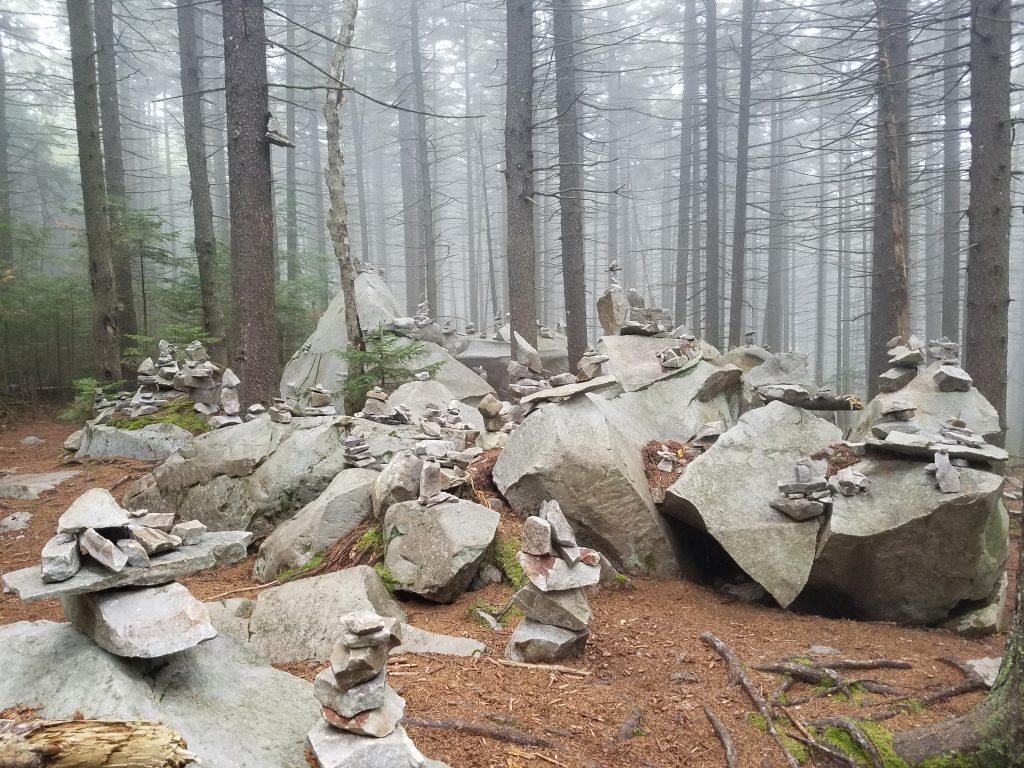 I decided to push for 19 miles, with an option for 25.  Midday I had called ahead and reserved a room at the Inn.   My original plan was to pick up mail an move on, being cheap and self-denying, however I really needed a shower and felt I deserved it.  I skipped the cultish Yellow Deli, as it was donation based.  I’d been screwed before where you end up working all morning.
The stretch was fast, with a lot of easy hiking through tame woods, old roads, along farms and abandoned orchards. 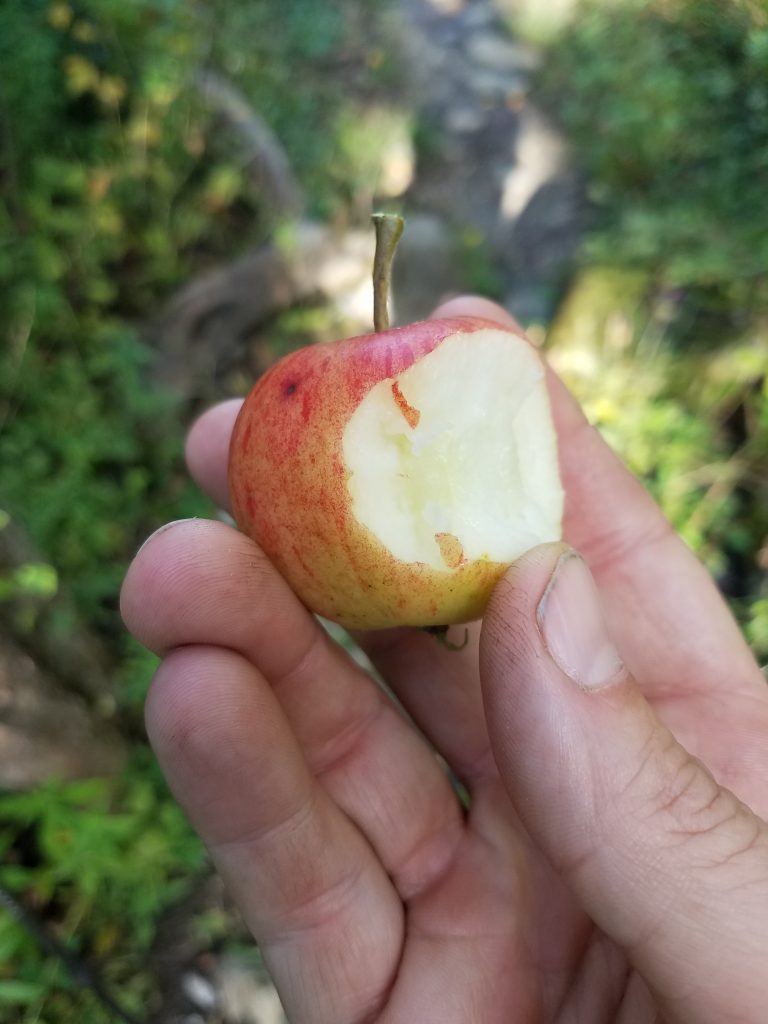 The shelter at mile 19 predictably sucked, so I ate dinner and pushed on.  Pus. The loud people were going to be there.1000 feet up it got cold, dark and windy.  I was still in just a shirt, the exetrion keeping me warm.  I could see the steam wafting off my head, blowing into the light of my lamp. 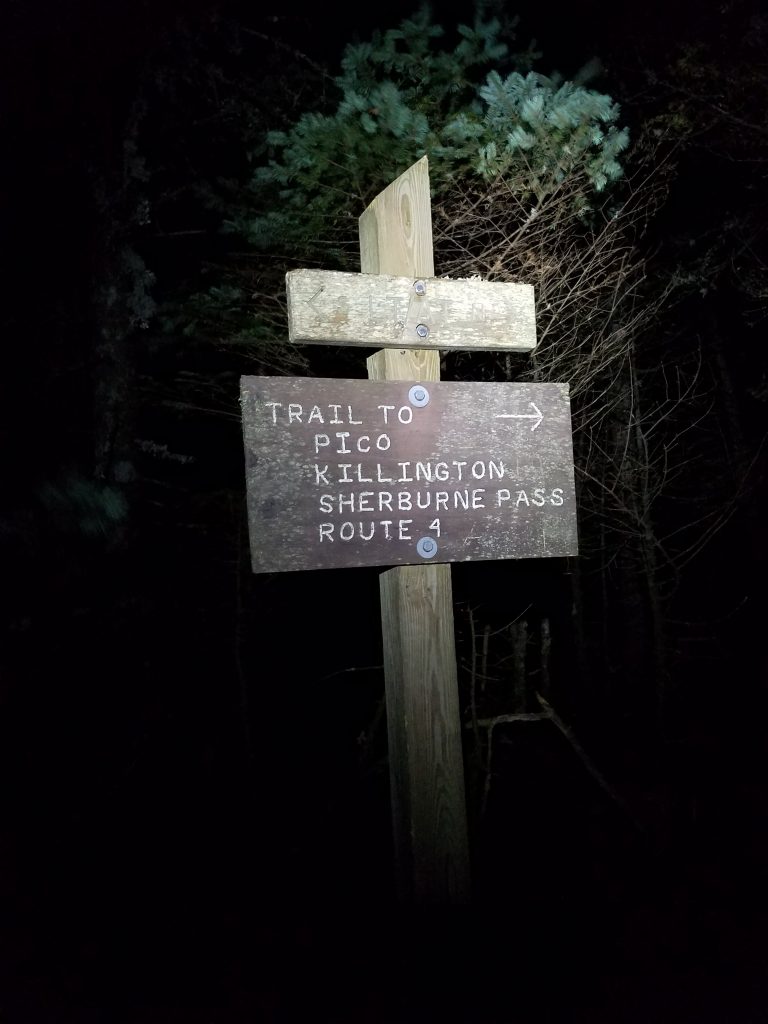 At 9:30pm, 15 hours and 25 miles after I started, i hit the summit and looked down on Rutland.  I camped in the old stone shelter with 2 guys, Captain and Mantis. 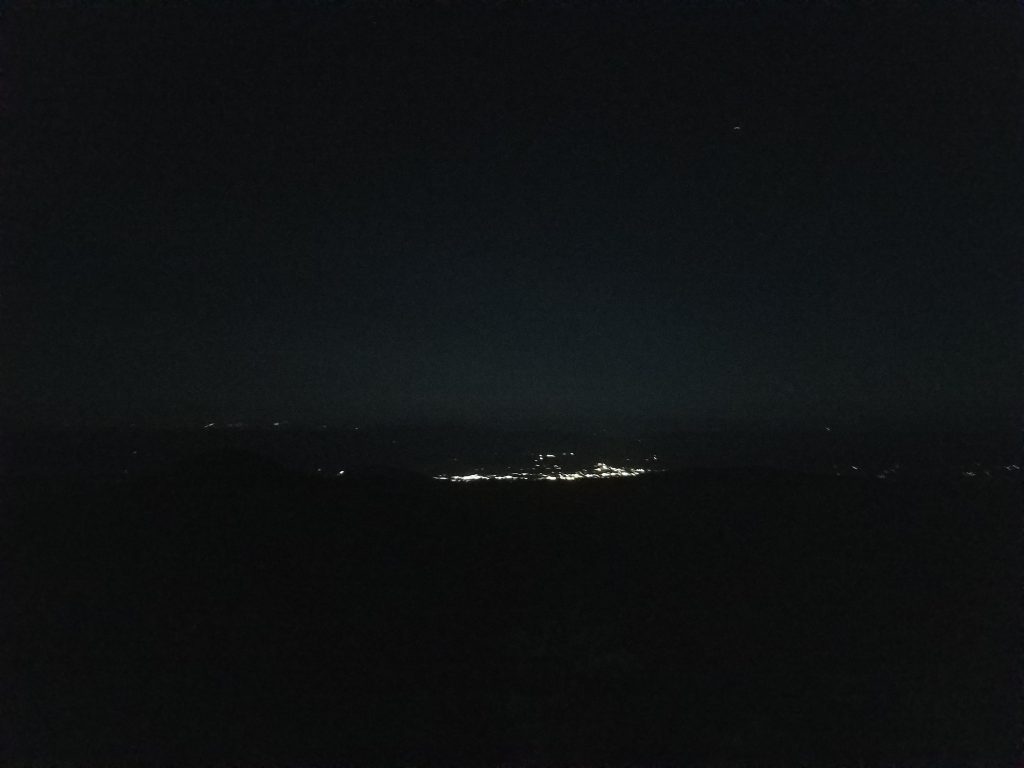 Slow start, because I knew I o nm lt had a few miles to the road.  Slept all night, a first.  Thst night Rutland hit 41, so we speculated that it hit freezing.
I hit the privy, and was off. 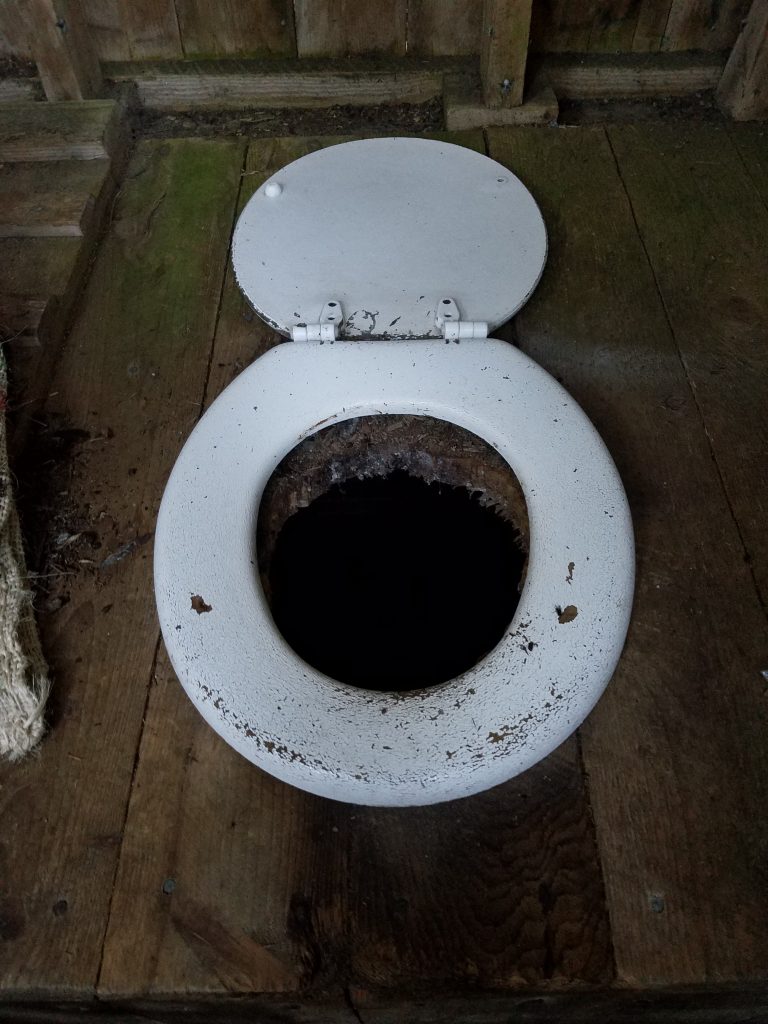 I was at the road by 11, wher a quick change if shirt and liberal use of wet wipes made me presentable.At Ruff Life Coffee, I ate one of the best veggie sandwiches I’ve ever eaten.  And coffee.  And a cookie. 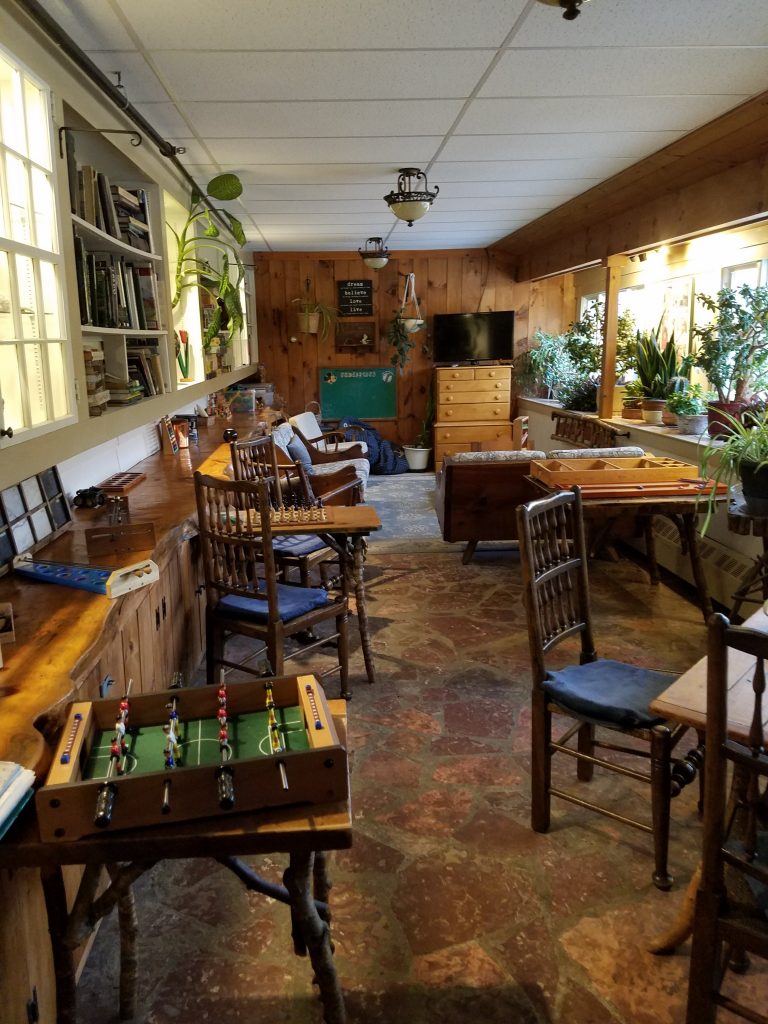 A $2 bus later and I was at the famous Inn at the Long Trail.  There I got my packages and took 2 showers, and grabbed dinner.  And a rootbeer float. 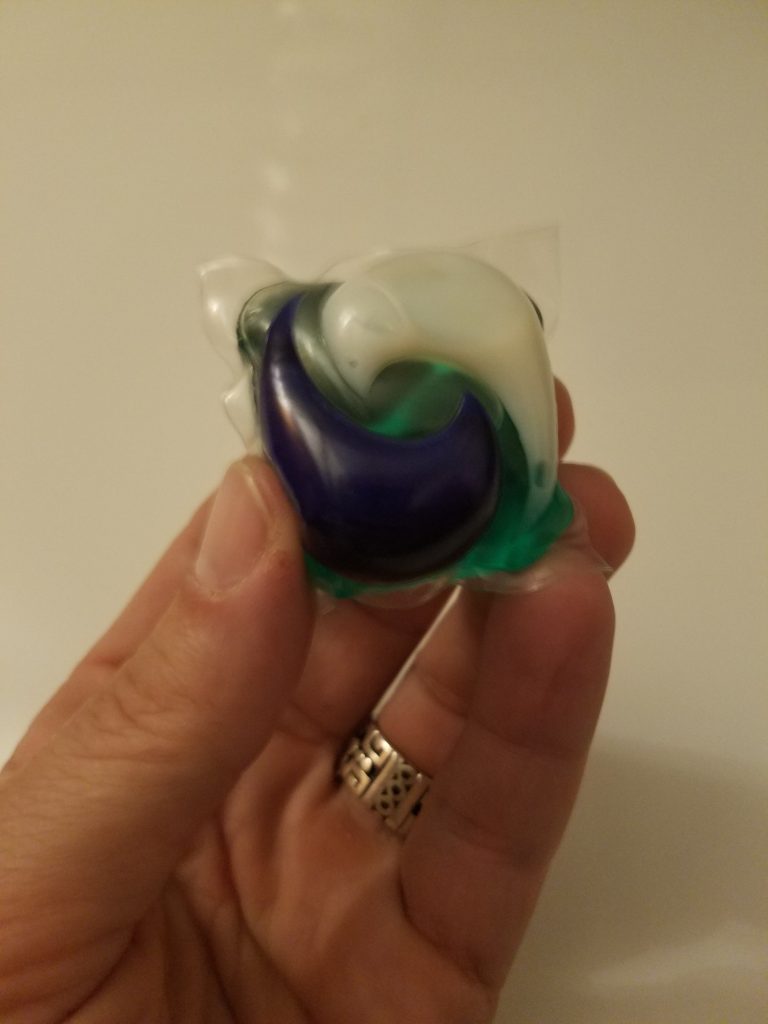 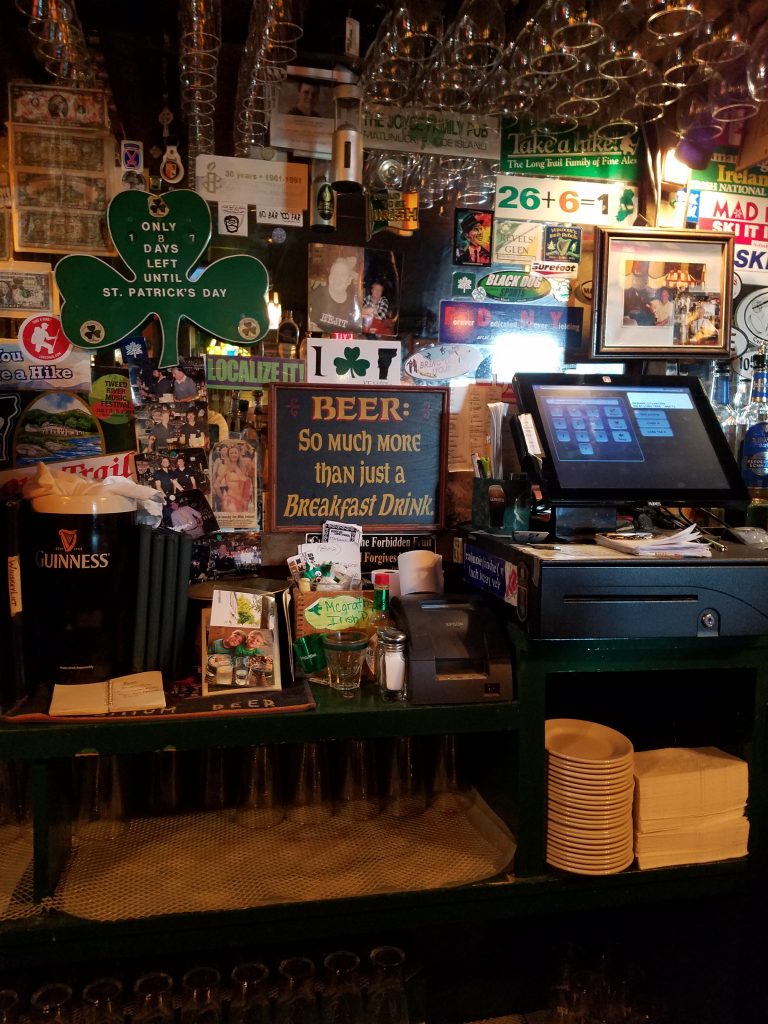